How Israel's Travel Ban on Reps. Omar and Tlaib Is Uniting Democrats — Including Their Critics

There was a surprising side effect to Israel’s decision to ban Reps. Rashida Tlaib and Ilhan Omar from visiting the country: unity in the Democratic caucus.

Israel’s announcement, aided by President Donald Trump’s explicit endorsement, prompted Democratic lawmakers to rally around Omar and Tlaib — including members of Congress who had previously expressed criticism over their positions — uniting moderates and progressives who have disagreed over this broader issue for months.

The Israeli government officially announced on Thursday it would block the two freshmen Congresswomen — who have been repeatedly targeted by President Donald Trump — from entering the country, a day after reports began surfacing that officials were considering it.

Israel partially backtracked on Friday morning, announcing that Tlaib would be allowed into the country to visit her 90-year-old grandmother, who lives in the West Bank, on humanitarian grounds. However later on Friday, Tlaib said she would not go after all that had occurred. “I have decided that visiting my grandmother under these oppressive conditions stands against everything I believe in–fighting against racism, oppression & injustice,” she tweeted.

“As a free and vibrant democracy, Israel is open to critics and criticism with one exception: Israeli law prohibits the entry into Israel of those who call for and work to impose boycotts on Israel, as do other democracies that prohibit the entry of people who seek to harm the country,” Israeli Prime Minister Benjamin Netanyahu said in a statement. “Congresswomen Tlaib and Omar are leading activists in promoting the legislation of boycotts against Israel in the American Congress.”

Tlaib and Omar, the first two Muslim female members of Congress, support the Boycott Divestment and Sanctions movement, which urges companies to forgo business deals with Israel to pressure them to provide equal rights to Palestinians. They have also both made controversial comments about Israel, which have drawn the ire of both their colleagues in Congress and some of their constituents. Omar’s comments last winter in particular — first her tweet in February that support for Israel was “all about the Benjamins,” and then her comment in March about political influences pushing for an allegiance to a foreign country, sparked a reckoning among Democratic lawmakers about Israeli politics and anti-semitism.

Israel’s decision to ban the two freshman lawmakers was a step too far for many members of Congress, even some who are still wary of Tlaib and Omar’s positions on Israel. Many of those same lawmakers who had criticized Omar months earlier leapt to her and Tlaib’s defense.

Appropriations Chairwoman Nita Lowey, who had called Omar’s past comments “hurtful” and urged her to retract them, said Netanyahu should reverse his decision, claiming it “does nothing to further the U.S.-Israel relationship.”

Rep. Josh Gottheimer, who has called the BDS movement an example “of bias and double standards,” and co-authored a CNN op-ed in March condemning Omar’s comments, called the decision “a serious, strategic mistake.”

Rep. Brad Schneider, with whom Gottheimer co-authored that op-ed and who recently introduced a resolution opposing the BDS movement, deemed Israel’s decision counterproductive. “It will provide a false, negative narrative of Israel as weak and fearful-a misperception that enemies of Israel will most certainly seek to exploit,” he said in a statement.

And Rep. Ted Deutch, who fiercely — but unsuccessfully — advocated for a resolution solely condemning anti-semitism in the wake of Omar’s comments about loyalty, said he was “extremely disappointed” with the decision.

Rep. Eliot Engel, Chairman of the House Foreign Affairs Committee — of which Omar is a member — and who was Deutch’s ally in that fight, also released a scathing statement. Israel’s decision, Engel said, would only “further politicize support for Israel in the United States, and ultimately play right into the hands of Israel’s enemies.”

These sentiments seemed to match those of their colleagues who were banned. “It is an affront that Israeli Prime Minister Netanyahu, under pressure from President Trump, would deny entry to representatives of the U.S. government,” Omar said in a statement. “Trump’s Muslim ban is what Israel is implementing, this time against two duly elected Members of Congress. Denying entry into Israel not only limits our ability to learn from Israelis, but also to enter the Palestinian territories.”

“As one who loves Israel, I am deeply saddened by the news that Israel has decided to prevent Members of Congress from entering the country,” Pelosi said in a statement, later adding, “Israel’s denial of entry to Congresswomen Tlaib and Omar is a sign of weakness, and beneath the dignity of the great State of Israel.

Trump’s role in the controversy

The controversy surrounding Israel’s decision was undoubtedly made more partisan by the role of President Trump.

The Israeli Knesset had passed the aforementioned law barring boycott supporters from entering the country two years ago. Tlaib and Omar have made no secret of their support for BDS since they entered Congress, and just one month ago, Dermer said the two would be welcome in the country “out of respect for the U.S. Congress and the great alliance between Israel and America.”

On Sunday, however, reports began surfacing that the President wanted Israel to bar them from entering Israel. On Thursday, the reports were confirmed by his Twitter account. “It would show great weakness if Israel allowed Rep. Omar and Rep.Tlaib to visit,” Trump tweeted. “They hate Israel & all Jewish people, & there is nothing that can be said or done to change their minds.”

Less than three hours later, an English translation of Netanyahu’s statement officially announcing the ban on their visit was posted on his Twitter account.

With the exception of Pelosi, who said Trump’s statements about Omar and Tlaib “are a sign of ignorance and disrespect,” few of the lawmakers criticizing the decision mentioned the President, choosing instead to focus on supporting their colleagues. On Wednesday, when members of Congress were told that Israel would likely reverse its decision to allow Omar and Tlaid to visit, Lowey, Schneider, Gottheimer, Engel and Deutch all individually called Dermer in a last-ditch effort to try and persuade the Israeli government to allow the visit, according to multiple sources.

But the decision — and inevitably, the President’s role in it — ironically resulted in the most unified show of force House Democrats have shown on this issue since January. Members speaking out did not hide their disagreements with Omar and Tlaib. (“I could not disagree more with the positions of Representatives Tlaib and Omar with respect to Israel,” said Schneider.) But their sentiments on this latest news seemed to match their more progressive colleagues.

But by and large, the caucus recognized that this time, when it came to this particular issue involving Israel, they were all on the same page. 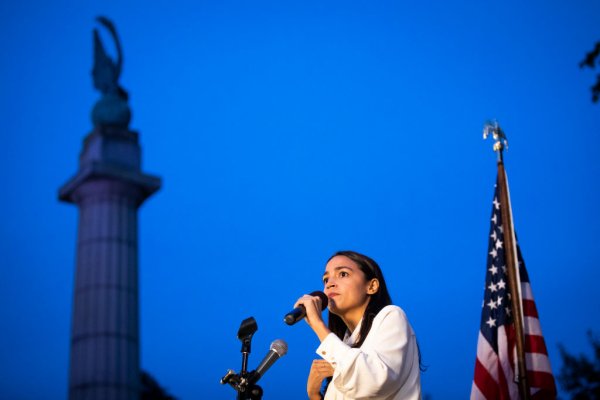