How Workers Can Level the Playing Field in Our Rigged Economy

This is a Lyft logo being installed on a Lyft driver's car who also drives for Uber on in Pittsburgh, January 31, 2018.
Gene J. Puskar/AP/REX—Shutterstock
Ideas
By Steven Greenhouse
Greenhouse was a reporter for The New York Times from 1983 to 2014 and covered labor and the workplace for nineteen years there. His new book is Beaten Down, Worked Up: The Past, Present and Future of American Labor.

President Trump repeatedly boasts that it’s the best economy ever. That may be true for America’s corporations and the richest 1 percent, but for millions of workers, many of them gig workers, many of them young workers, it’s definitely not the best of times. Many of those workers—whether freelancers, temps or contract workers—juggle three and four jobs at once as they seek to scratch out a living. Many gig workers and young workers—Uber drivers, DoorDash delivers, Task Rabbits, Mechanical Turk turkers—are frustrated that their jobs come without the basic protections, like health coverage and pensions, that their parents’ far steadier jobs had. Even though the unemployment rate has fallen to its lowest level in 50 years, there continues to be huge worry about the precariousness of jobs, as corporations have moved to minimize employee “headcount” and loyalty toward workers by turning to contracting out, temps and freelancers. Adding to the insecurity, workers keep hearing about robots and artificial intelligence invading the workplace. How could workers not worry when the McKinsey Global Institute forecasts that automation will destroy more than 39 million jobs in the U.S. by 2030 and two Oxford professors predict that 47 percent of U.S. jobs are at risk of being automated by 2033.

Many gig workers and younger workers worry that they’re stuck—financially and with scant prospect of advancement. An Uber driver in Seattle told me he averaged less than $5 an hour after expenses, while an Uber driver in Los Angeles complained that his income plunged by 50 percent when Uber cut fares in L.A. from $2.50 a mile to $1. A health-care worker in Colorado who was caring for a paraplegic told me she was fired after telling her boss she couldn’t report to work the next day because she had severe pneumonia and 103 fever and was too ill and weak to care for and move her patient.

A big question for many of today’s gig workers and young workers—workers whose days are often ruled by algorithms and whose future is threatened by new technologies—is how to get more power to improve their job, lift their pay and shape their future at work.

Some gig workers have joined Gig Workers Rising, which has held rallies that pressed Uber to raise pay and protested DoorDash’s practice of pocketing tips that customers had given to food delivers. After 2,500 Starbucks workers signed a petition, Starbucks agreed to their demand to drop its prohibition on baristas wearing visible tattoos.

Gig workers are often prohibited from forming a union because they’re frequently considered independent contractors. But as to dealing with the new technologies, the Culinary Workers Union in Las Vegas, which represents thousands of hotel housekeepers, waiters, and dishwashers, can serve as a model about how workers can band together to negotiate about robots and other new technologies—like robots that vacuum hotel hallways and make room service deliveries. That union and a group of Las Vegas hotels agreed to create a committee that is studying how employees can be trained to harness—and work alongside—new technologies, instead of being replaced by them. Their contract also calls for giving the union 180 days’ warning before hotels deploy new technologies and for hotels to try to find new positions for any displaced workers.

With the Trump Administration saying Uber and Lyft drivers are independent contractors, it is hard for them to unionize. Nonetheless, app-based drivers in New York found a successful strategy to raise their pay—they persuaded the city’s Taxi and Limousine Commission to set minimum pay at $17.22 an hour for e-hailing drivers, after expenses. Uber and Lyft drivers across the U.S. are hoping their cities will copy New York and adopt a minimum hourly rate.

Perhaps the most precarious of today’s workers are domestic workers—nannies, house cleaners and home care workers. But the National Domestic Workers Alliance, a group that fights for those workers, helped persuade the Seattle City Council to create a 13-person “standards board” that will make recommendations on minimum pay, overtime, paid time off, and health benefits for Seattle’s 30,000 domestic workers. The council is expected to enact those recommendations into law.

Many of today’s young workers feel lots of worry and insecurity. The good news is that many ideas are percolating and many groups are mobilizing with an eye to improving the lot of even the most precarious workers. 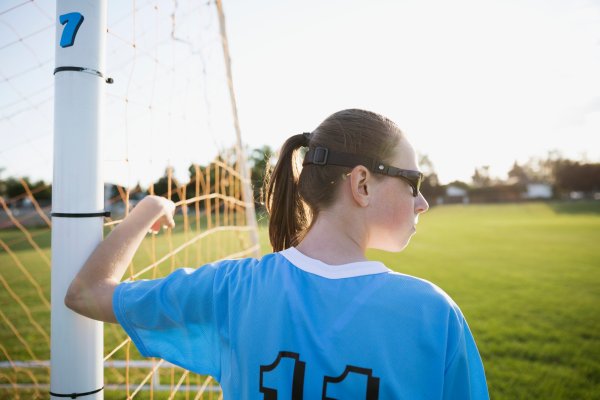 These Academics Spent $1.35 To Make Middle School Less Awful. Here's How
Next Up: Editor's Pick