The Internet Remains Obsessed With Rihanna's Nonchalance on a Jet Ski

There are few constants in this fraught world we live in, but one thing remains the same: the Internet’s never-ending love and fascination with singer and all-around bad gal Rihanna. Whether she’s outing herself as a diehard Trekkie or taunting Kevin Durant and hapless Warriors fans by dabbing on them, she is Internet gold.

Nothing exemplified that more than a recent re-discovery online of an old photo of Robyn solemnly yet nonchalantly riding a jet ski in 2011 while sitting side-saddle, as one does when one is Rihanna, a queen who casually dominates the red carpet at the Met Gala and shuts down Internet body shamers with a single meme.

Naturally, even though the photo was six years old, the Internet still had zero chill as it is wont to do when it comes to matters of Ri Ri and proceeded to do the most online.

Some wondered why Rihanna chose to ride side saddle on the jet ski.

While others were simply in awe of her skills.

Some identified with the image strongly.

Others pointed out that the image basically confirmed that Rihanna is our greatest living artwork.

Thank you for always blessing us, Rihanna! 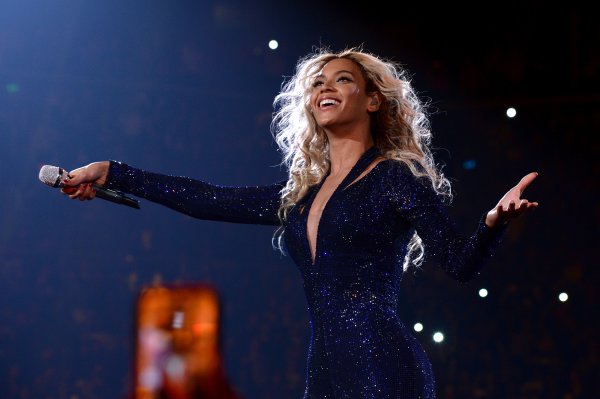 Celebrities Are Freaking Out Over These Kids' Spot-On Renditions of Beyoncé
Next Up: Editor's Pick