The revocation of Kashmir’s autonomy was an “historic decision” that will benefit both the region and the rest of India, Indian Prime Minister Narendra Modi said Thursday in a national address.

In the speech, which came after India stripped Indian-controlled Kashmir of its autonomy on Monday and imposed a statewide communications blackout, Modi said he was confident that the Islamist insurgency there would soon be brought to an end and the Kashmiri economy would experience economic growth and even a boom in tourism.

He did not promise that prominent Kashmiri politicians would be released from detention, nor an end to the curfew that has left most Kashmiris confined to their homes since the early hours of Monday. However he said he hoped Kashmiris would be able to celebrate the Islamic holiday of Eid (which begins on Sunday) without disruption.

Read more: I Was in Kashmir When India Seized Control. This Is What I Saw

Modi said that economic development had been stalled by Article 370, the constitutional provision that guaranteed the state’s autonomy, and that infrastructure projects would now be completed more quickly. He listed government schemes and benefits that he said Article 370 held up. And he praised security forces, including the army, paramilitary and state police for “protect[ing] the people” of the valley.

As part of the changes imposed on Monday, the Modi government redrew the political map of Kashmir, splitting the largely autonomous state into two Union Territories, imposing direct rule from Delhi. Modi said in his speech on Thursday that while one of these new territories, Ladakh, would remain under Delhi’s control, he could foresee the more populous Jammu and Kashmir becoming a state again in the future.

Since Sunday, the region has been on lockdown with curfews, soldiers on the streets, and no Internet or phone access. Reports from the area shared with TIME describe an unprecedented crackdown that has left 7 million people stranded without any way to contact family and friends. “I assure the people of Kashmir that slowly, conditions will return to normal,” Modi said.

On Monday, Modi’s Hindu nationalist Bharatiya Janata Party (BJP) withdrew Article 370 and Article 35A of the Indian constitution, which allowed the state of Jammu and Kashmir to make its own laws in most areas, barring defense, communications and foreign affairs, and prevented anybody except “state subjects” of Jammu and Kashmir from purchasing land.

New Delhi, which has gone to war with Pakistan three times over the disputed region, says it aims to fully integrate and develop Kashmir. The move to withdraw special status and divide up the contested territory fulfills a 2019 campaign pledge.

Critics have slammed the Indian government’s heavy-handed approach, including the additional troop deployments, closure of schools and sealing of neighborhoods in Srinagar, the region’s largest city. Kashmiri politicians, including former state chief ministers, were arrested and public movements were restricted.

The U.N. said it is “deeply concerned” over the continued restrictions in Indian-controlled Kashmir.

Read more: ‘Anxiety Fills the Air.’ What It’s Like Inside Kashmir When All Communication With the Outside World Is Cut Off

The situation in Kashmir remains tense as the security lockdown continues and fears of insurgency grow. Authorities have reportedly arrested more than 500 people in what they called an attempt to curb violence. Residents, including migrant workers, have begun leaving the state.

Modi, however, was upbeat about the state’s prospects for the future. “I fully believe that the people of Jammu and Kashmir will move forward with fresh hopes, dreams and motivation,” he said.

Write to Kamakshi Ayyar at kamakshi.ayyar@time.com, Sanya Mansoor at sanya.mansoor@time.com and Billy Perrigo at billy.perrigo@time.com. 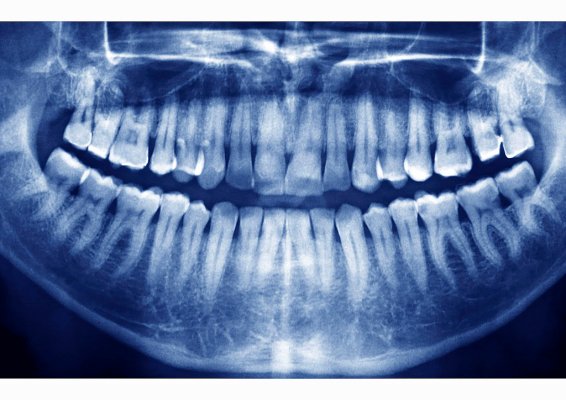 Indian Boy Has 526 Teeth Removed From His Mouth
Next Up: Editor's Pick