More and More Countries Agree on This Climate Change Goal. But Will It Work?

As lawmakers around the world debate how best to fight climate change, one goal is rapidly becoming standard: net-zero emissions by 2050.

That means that greenhouse gases would be dramatically reduced — most likely by using a combination of switching from coal and gas to wind and solar, becoming more energy-efficient and putting taxes or fees on carbon — and whatever remains would be offset by planting trees or using budding technology to pull carbon dioxide out of the air.

Germany, Japan and the United Kingdom have agreed to work toward the net zero goal by the middle of the century. New York state passed a bill this week requiring the state to hit net zero by 2050. Washington state Gov. Jay Inslee called for net zero emissions by 2045 in his presidential campaign — after signing a related bill in his home state — while rivals Joe Biden, Beto O’Rourke, Michael Bennet and John Delaney are pushing for net zero by 2050.

The European Union, meantime, has said it would move toward zero emissions, though it disappointed environmentalists by not setting a deadline.

The newfound attention to the net zero target represents a significant development in the push to decarbonize the global economy along the lines scientists suggest is necessary to stave off the worst effects of global warming. But two key problems remain: the worst polluters, including the United States, haven’t yet signed on, and most places still need to figure out the details of how they will reach their goal.

“We are in a very dangerous position now where action could go forward or backward,” Climate Analytics CEO Bill Hare told reporters Wednesday. “The next 12 months or so will really tell.”

The goal didn’t come out of the blue. Scientists have known for years that achieving that target by the middle of the century is essential to limiting temperature rise. Research from Climate Analytics released in early 2015, for example, suggested that global greenhouse emissions would need to hit zero by 2100 at the latest to have a good chance of keeping temperatures from rising more than 2°C by the end of the century.

Photograph by Christopher Gregory for TIME

Last fall, climate activism received a jolt of energy when a landmark report from the Intergovernmental Panel on Climate Change warned that time is running out if the planet is to avoid the worst impacts of climate change, including everything from the loss of the world’s coral reefs to the impoverishment of hundreds of millions of people. Scientists behind the report lay many different potential pathways to stem warming, but no matter which pathway countries choose to follow urgent steps to eliminate net emissions by mid-century are crucial, they say.

With that reminder, countries around the globe — as well as some cities and states — have pushed toward enacting a net zero goal. The list is long and includes a range of countries of varying geographies, resources and politics, from New Zealand to Ireland, Chile to Fiji.

The net-zero commitments mean different things in different places. In some countries, such as Iceland, the net zero target is an “aim” while in others, like the U.K., leaders want the target to be legally binding. Obviously, a legally binding target is more stringent than a mere commitment, but it still only represents a start. In most cases, countries will need to follow up with a range of rules, regulations and laws to make the goal a reality, a process bound to be just as controversial as actually setting a target. And, in some cases, countries could make a bold commitment while kicking some of the hard work in actually cutting emissions down the road.

“Ambitious plans are very good but not enough,” says Niklas Höhne, a founding partner of NewClimate Institute. “They need to be cast in stone with laws and regulation.”

There’s an even bigger elephant in the room: such bold climate proposals are not on the table for the world’s three biggest emitters, the U.S., China and India. Global emissions rose last year at the fastest rate in years thanks in large part to a spike in those countries even as emissions fell in the European Union, Japan and elsewhere.

Prior to Donald Trump’s election, the U.S. federal government had suggested the country could implement policies to reduce emissions 80% by 2050, which would have been a significant move in direction of a net-zero target. Trump has not only done away with long-term thinking to reduce the country’s emissions but targeted a slew of environmental rules for rollback. Carbon emissions rose last year more than 3% even as cities and states continued their own pushes to reduce emissions.

China and India, both developing countries concerned with catching up with Western development standards, were never expected to hit net zero emissions by 2050. Even still, conditions on the ground, particularly in China, have raised concerns that their emissions growth could derail efforts to stem temperature rise. China has reversed a ban on the construction of new coal-fired power plants while India is projected to continue to grow its use of that fossil fuel. Others including Brazil and Australia are also backtracking on their climate change commitments.

Even with limited leadership from these three countries, global climate policy experts expect to see a slew of new climate change commitments from countries in the coming months ahead of the U.N. Secretary General’s climate summit held in September. And, following close behind that conference, most countries are expected to have new plans to share by next year in accordance with a provision under the Paris Agreement that calls on them to enhance commitments on a regular basis.

“September is an impulse in that direction,” UN Secretary-General António Guterres told TIME last month, “and a mobilization of more and more countries.” 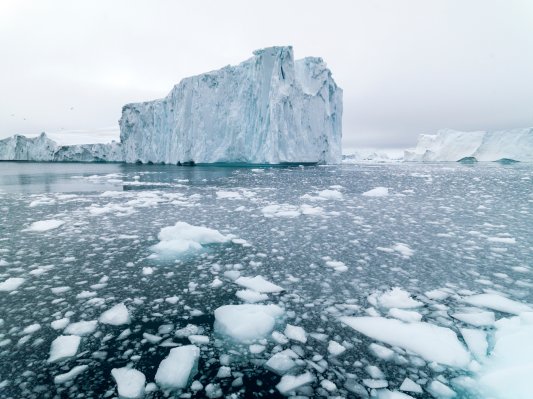 Canada's Permafrost Is Thawing 70 Years Earlier Than Expected, Study Shows. Scientists Are 'Quite Surprised'
Next Up: Editor's Pick