Tribal elder Warren Jones stands on a site threatened by climate change erosion caused by melting permafrost tundra and the disappearance of sea ice which formed a protective barrier, at the Yupik Eskimo village of Quinhagak on the Yukon Delta in Alaska on April 13, 2019.
MARK RALSTON—AFP/Getty Images
By Madeline Fitzgerald

Alaska has seen the lowest levels of sea ice ever this summer as record temperatures and wildfires hit the region with some areas completely ice free — an event which has never occurred so early in the year and has ramifications for the arctic climate and the Earth as a whole.

Compared to all other recorded years of research, this August has the lowest levels of arctic sea ice ever, according to Mark Serreze, the director of the National Snow and Ice Data Center (NSIDC).

“Basically, if you look at Point Barrow — the northernmost point of Alaska — there’s probably no sea ice within 300 to 350 miles right now,” says Serreze. Historically, he says, at this time of year there should still be some ice close to or along the coast of Alaska, not hundreds of miles away.

According to Serreze, sea ice is viewed as an indicator of other climate issues. “So what we’re seeing is that because the sea is disappearing is very much in agreement with the fact that everything is warming up in the Arctic,” he said. “The atmosphere is warming. The oceans are warming. The sea ice is getting hit by both sides [of climate change.]”

While most people think of melting ice in the context of sea levels, the loss of sea ice actually plays no role in the rising water, says Zachary Labe, a Ph. D candidate at the University of California, Irvine, who studies climate science. The ice that causes rising sea levels, frozen freshwater land ice is largely present in Greenland. Instead, Alaska’s sea ice affects the Earth’s temperature. “We care about sea ice is because it acts as something called ‘albedo’ — which means reflectivity” said Labe.

Historically, when the sea ice was frozen all summer it kept the Earth’s temperature lower. “The sunlight reflected off the sea ice helping to bounce back the solar radiation helping to keep it a bit cooler,” said Labe.

Because of this role in cooling the Earth, melting sea ice will cause what’s called a positive feedback loop — it can no longer reflect back as much sunlight as it used to. “If we lose the sea ice cover because it’s getting warmer, than there’s less of an area that is this reflective surface. That means more of the sun’s energy is absorbed and that makes it even warmer,” says Serreze.

This is especially true in Alaska. Serreze described the region as “ground zero” for climate change.

Alaskans, especially the indigenous populations, have been impacted by the melting ice and have seen their way of life altered by the changing environment, particularly communities who rely on the sea ice for hunting. “Walrus has been a big problem this year and there’s been very few days this year where the ice was sturdy enough for indigenous communities to even get onto the sea ice during the winter and spring,” says Labe.

While Alaskans are the most dramatically affected by the melting ice, the rest of the world will also feel some impacts. As melting ice leads to increased temperatures, there is a potential for the permafrost in Arctic regions to melt, adding to atmospheric carbon dioxide, explains Serreze.

Despite all the negative implications of the changing arctic, neither Serreze nor Labe thinks we have reached a point of no return in the region.

“I think it’s probably inevitable that we’re going to move to a seasonally ice free arctic ocean,” says Serreze. “But we can reverse that. But we’ve got to reverse greenhouse gas emissions. There’s no way around that.”

According to Labe, scientists have run computer simulations that show the sea ice is very resilient and can recover. “So I think that any action that we do, now going into the future can only help prevent the amount of future sea ice that we lose.” 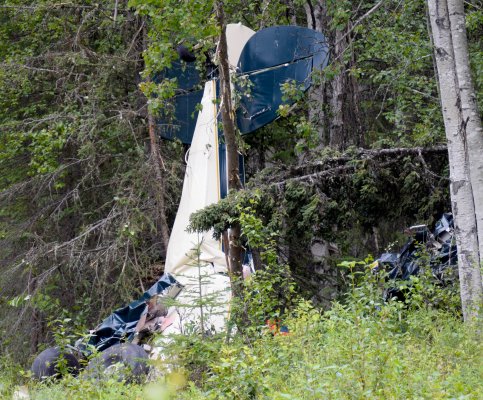