My Words Led to Violence. Now Trump's Are Too

U.S. President Donald Trump makes remarks in the Diplomatic Reception Room of the White House August 5, 2019 in Washington, DC. President Trump delivered remarks on the mass shootings in El Paso, Texas, and Dayton, Ohio, over the weekend.
Alex Wong—Getty Images
Ideas
By Rob Schenck
Rev. Rob Schenck is an evangelical minister and former activist for Operation Rescue and other national anti-abortion groups. He is president of The Dietrich Bonhoeffer Institute in Washington, D.C., and author of Costly Grace: An Evangelical Minister’s Rediscovery of Faith, Hope and Love.

As a national anti-abortion leader for more than 30 years, I routinely used inflammatory language from the podium. At rallies for the activist anti-abortion organization Operation Rescue, I depicted doctors who performed abortions as murderers, callous profiteers in misery, monsters and even pigs. Then someone on the fringe of my movement shot and killed Barnett Slepian, an OB/GYN in Buffalo, N.Y., whom I called out by name in demonstrations and clinic blockades. Slepian wasn’t the last person to die or be gravely injured by individuals who may have taken literally what I thought of at the time as harmless rhetoric. I now live with great sorrow and regret that it took me so long to learn incendiary speechifying can too often turn deadly.

President Donald Trump has called Mexicans rapists and killers. He’s warned that people coming across the southern border are “bringing drugs.” He has claimed that Mexican officials are “cunning, and they send bad ones over because they don’t want to pay for them.” And he has tweeted, “We cannot allow all of these people to invade our country.” By saying these things, Trump dehumanizes and vilifies his subjects and leaves them fair game for a depraved mass shooter like the one in El Paso who killed 22 people, injured even more and traumatized an entire community.

Trump may think he’s clever in capturing the anger, seething resentment, fear and hatred harbored by certain segments of the electorate, but he’s not clever, he’s dangerous. We don’t know for sure, but his irresponsible, unwarranted and contemptible denunciations of Latinos and others may have motivated the El Paso shooter to drive more than eight hours to the border to find the dangerous invaders the President warned about. The shooter wrote in a manifesto that his views “predate Trump,” but some of his language was strikingly similar to that of the President: “This attack is a response to the Hispanic invasion of Texas,” he wrote. At the very least, Trump gave presidential affirmation to this shooter’s dark and evil intentions. One thing we can be sure of is that the President will continue to stoke and unleash murderous impulses in crazed minds if he keeps disparaging brown and black people.

The President’s coarse anti-immigrant language cannot be excused. It is not a matter of his being impolite, politically incorrect or just plain-spoken. His words are uncalled for and are endangering more and more people. If Mr. Trump doesn’t stop spewing derision, then angry and tortured souls like the mass murderer in El Paso will continue to take him seriously. And there will be more bloodshed, more loss of life, more pain and trauma, and a deeply degraded way of life for all Americans.

Trump needs to learn the terrible lesson I did — that words matter, even to the point of life and death. 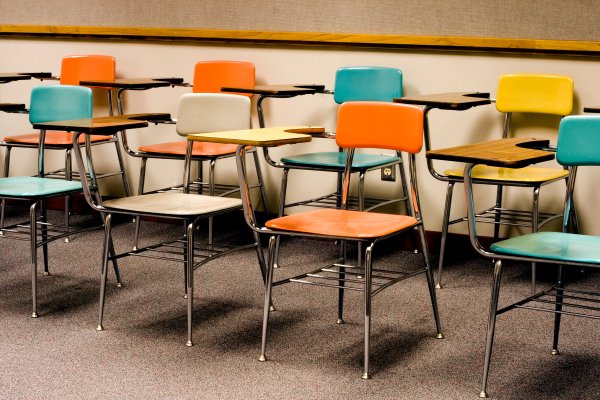 American Students Are Taught Racism Is Bad—But They're Still Not Learning the Truth About Race
Next Up: Editor's Pick