I Used to Confront Abortion Doctors—Until One Got Murdered

An investigator looks around the front sign of Planned Parenthood at Fillmore Street and Centennial Boulevard on November 29, 2015 in Colorado Springs, Colorado. The investigation moves into its third day after a gunman attacked a Planned Parenthood, killing three and injuring nine.
Brent Lewis—Denver Post via Getty Images
Ideas
By Rob Schenck
Rev. Rob Schenck is an evangelical minister and former activist for Operation Rescue and other national anti-abortion groups. He is president of The Dietrich Bonhoeffer Institute in Washington, D.C., and author of Costly Grace: An Evangelical Minister’s Rediscovery of Faith, Hope and Love.

As a long-time pro-life advocate and critic of Planned Parenthood, the recent shooting in Colorado Springs affected me in a complicated way. Like so many, I was horrified by the violence and my prayers went out to all the victims, their loved ones and their community. But it’s another aspect to this tragedy, tied to my own past, which leaves me haunted by its implications.

Throughout the 1990s, I served as an organizer and spokesman for the Western New York State affiliate of Operation Rescue, which staged demonstrations and sit-ins at abortion facilities around the country. Our local group was one of the most active and effective expressions of that movement.

A major focal point of our efforts was Buffalo GYN Womenservices, Inc., where Dr. Barnett Slepian worked as a physician. I led numerous large-scale blockades of the clinic, on several occasions personally confronting Dr. Slepian. I denounced him to his face for “the killing of unborn children,” and accused him of “murder.”

In 1998, Dr. Slepian was shot through a kitchen window at his home and died in front of his children. James Kopp, whom I did not know, but was apparently a sometimes hanger-on in the movement, was later arrested after fleeing to France, extradited to the U.S., and convicted of second-degree murder. He is currently serving a 25-year to life sentence.

At the time, the killing was utterly disorienting to me. In an attempt to show my compassion for a family in grief, and to demonstrate regret that anyone associated with our cause would perpetrate such a heinous act, I publicly said prayers for the Slepians and laid flowers at a makeshift memorial for the slain doctor.

Lynn Slepian, the doctor’s widow, collected my bouquet, smashed it, and sent it back to me with an angry note, blaming me in part for the violence against her family. She cited the inflammatory language my cohorts and I routinely used about her husband, which she saw as an inducement for Kopp and others like him. Initially, I defended my words. Still, the idea that what I said during those confrontations contributed to her agony was extremely painful. It took a decade for me to realize the damage I had done.

During those 10 years, I did a lot of soul-searching. My activism had taken a toll on me and on my family. I sought spiritual and psychological help in repairing my interior life and my relationships. Through that process, I discovered my own propensity for treating others with contempt. That’s what I did with Barnett Slepian, and it was expressed in my language. Speaking about it now is a form of confession, and it’s good for my soul.

It is time for pro-life activists to examine the unintended consequences of our often over-heated rhetoric. The Bible warns against using language as a weapon, “There is one whose rash words are like sword thrusts, but the tongue of the wise brings healing.” (Proverbs 12:18) The past 15 years have demonstrated that there are plenty of James Kopps out there, and contemptuous words feed their murderous fantasies.

Being pro-life means pro-actively protecting and promoting the sanctity and dignity of every human life. Doing so includes the speech we employ and the way in which we deliver it. If there is any way to reduce the possibility of further risk to human life, pro-lifers like me should be the first to embrace it.

“If anyone thinks he is religious and does not bridle his tongue but deceives his heart, this person’s religion is worthless.” (James 1:26)

Rev. Rob Schenck, D.Min., is an evangelical minister, president of the National Clergy Council and chairman of the Evangelical Church Alliance. He is featured in the documentary The Armor Of Light. 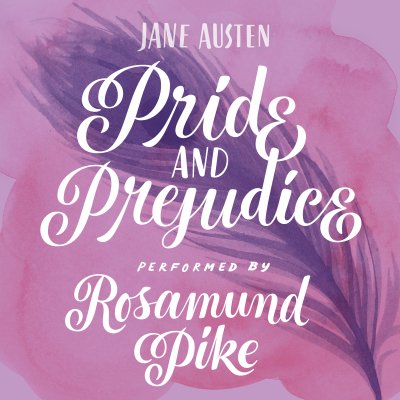