As Tensions Increase, Tourists Who Have Visited North Korea No Longer Qualify For Visa-Free Entry To U.S.

Travelers who have visited North Korea at any point since March 1, 2011 no longer qualify for the U.S. Visa Waiver Program according to U.S. Customs and Border Protection. The change in policy comes amid increasing tensions with North Korea over nuclear arms.

Tourists from 38 countries are permitted free entry into the U.S. for up to 90 days without a visa. But North Korea is now on a list of eight countries including Iran, Iraq, Sudan, Syria, Libya, Somalia and Yemen, that restrict travel to the U.S. by tourists who have visited those countries since March 1, 2011. They must now apply and pay for a visa to enter the U.S.

The change in policy is expected to have detrimental effects on North Korea’s tourism industry — tourist travel to North Korea is permitted through guided tours, but in 2017 the U.S. State Department announced a travel ban for Americans after the death of Otto Warmbier, an American who was detained in North Korea and died shortly after his release.

On Tuesday, North Korea tested ballistic missiles by firing them into the sea, the fourth such test in less than two weeks, according to the Associated Press. Also on Tuesday, a North Korean diplomat Ju Yong Chol accused the U.S. and South Korea of “inciting military tension” by holding a joint military exercise, according to Reuters.

On Friday, President Donald Trump said the missile testing did not violate the U.S. and North Korea Singapore agreement in a series of tweets that praised the work done by Kim Jung Un. “Chariman Kim has a great and beautiful vision for his country, and only the United States, with me as President, can make that vision come true,” Trump wrote. 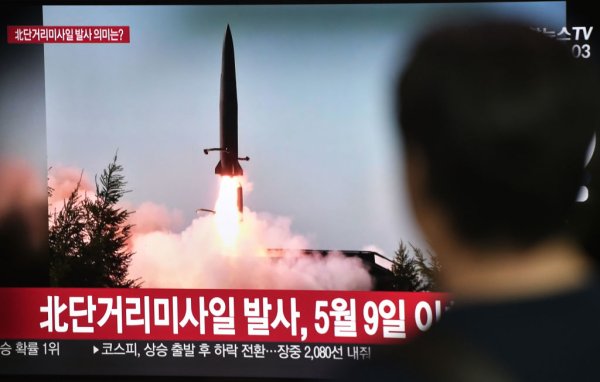