North Korean officials billed the U.S. $2 million for the medical care of comatose American Otto Warmbier before allowing him to be flown home from Pyongyang, the Washington Post reports.

President Donald Trump said the U.S. never paid North Korea for Warmbier’s return in a tweet Friday morning. “No money was paid to North Korea for Otto Warmbier, not two Million Dollars, not anything else,” he said.

According to the Post, State Department envoy Joseph Yun, who was in Pyongyang to take Warmbier home in June 2017 following news of his poor health condition, was instructed by North Korean officials to sign the agreement. Yun reportedly did so upon direction from Trump via then-Secretary of State Rex Tillerson.

The bill then went to the Treasury Department, the Post says, citing two unnamed people familiar with the situation. It is unclear whether the bill was ever paid.

University of Virginia student Otto Warmbier, at the time 21, arrived in North Korea in late December 2015 on an organized tour of the state. After spending five days there, he was arrested at Pyongyang airport for allegedly stealing a propaganda poster from the hotel he and his group were staying at. He was sentenced to 15 years of hard labor for what authorities considered a “hostile act.”

North Korean officials said Warmbier suffered a brain injury after contracting botulism, a form of poisoning, while in detention. Upon news that the American had been in a coma for more than a year, Yu and a U.S. delegation arrived in Pyongyang to take him home. Warmbier died six days later in a Ohio hospital on June 19, 2017, after having suffered what doctors said was “severe injury to all regions of the brain.”

Trump defended Kim over Warmbier’s mistreatment and death, saying he did not believe Kim knew about his condition and that prisons are “rough places” in which “bad things happen.”

Fred Warmbier, Otto’s father, said he was never told about the hospital bill, according to the Post, and that it sounded like a “ransom” for his son.

Warmbier’s parents filed a lawsuit against North Korea over the student’s death last year on grounds that their son was “brutally tortured and murdered.” North Korea was ordered by a U.S. court to pay $501 million in damages.

News of the issued bill prompted condemnation in the U.S.

“They killed a perfectly healthy and happy college student and then had the audacity to expect the U.S. government to pay for his care,” Greg Scarlatoiu, executive director of the D.C.-based Committee for Human Rights in North Korea, told the Post. 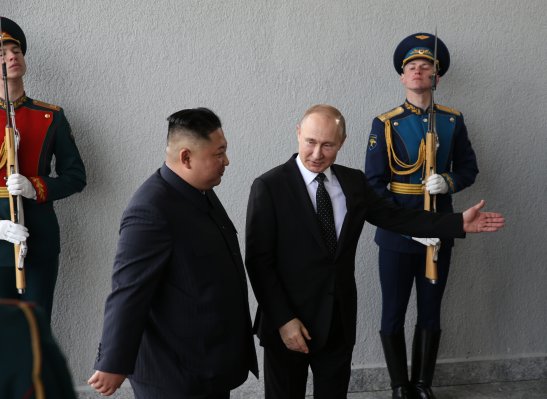