A gaggle of photographers crowds around each model in the makeshift dressing room. The sold-out fashion show at the Algonquin Hotel near New York’s Times Square is about to start, but these seasoned models are reclining languidly in the midst of mayhem. “Beautiful, what a good girl,” designer Ada Nieves purrs to one as she poses, blinking serenely before the flashes. There’s an unusual feature in this hectic prep area: litter boxes on every table. Because these models — or “mewdels,” as they’re called by the show’s creators — are cats. And this fashion show is the historic Algonquin Hotel’s Annual Cat Fashion Show, with proceeds donated to the Mayor’s Alliance for NYC’s Animals.

This year they’ve drawn a paying crowd of well over a hundred guests to sip champagne, nibble on a tasteful tower of crudités and baguettes and enjoy the lineup of felines dressed in custom-made couture for the event by Nieves, a certified pet fashion designer. The theme this year: “It’s a Small World,” with each of the mewdels — Mrs. Parberry, Canoli, Folds and seven more — outfitted in handmade looks that represent a different country and cultural history. Nieves tells TIME she spent months researching her subjects, matching her chosen models with their looks and crafting their outfits. (For the U.K. look, for instance, Folds wears a custom faux-leather biker jacket and a bright orange mohawk — a re-creation of a punk style, which became big in Britain in the 1970s and 80s.)

As it turns out, the Algonquin has a long history of hosting cats as guests of honor. The hotel has been home to at least one kitty for nearly a century, with various pets named either Hamlet or Matilda.

“The cat has always been here. Either you love it or you hate it, and most people love it,” explains Chief Cat Officer Alice De Almeida. The current cat, Hamlet, was part of a feral colony in Long Island. Now, he presides over the fashion show in a bow tie from the reception desk, lazily stretching out for photographs. (He gets free reign of the lobby area, and has a dedicated cat tree in the front window.) “I just have to make sure he’s not stressed out, and right now he’s napping behind the front desk, so I don’t think he’s stressed out at all,” she adds.

De Almeida started out as the general manager’s assistant at the Algonquin. But over the years that job has morphed into her current role — even though she’s allergic to cats. Part of the gig is now organizing the annual fashion show. “It’s our way, it’s Hamlet’s way, of giving back to the community and letting everyone know how important adoption is, and to support our local shelters,” De Almeida says. Plus, there’s a novelty factor that keeps people coming back: “You see dogs in costumes, and you see other animals in costumes, but when do you ever see a cat in a costume?” she asks. “I always equate the dog people to Mickey Mouse people, and cat people to the Bugs Bunny people, because I think cat people are a little quirkier than dog people.”

That checks out. Many of the guests are themselves rocking cat-inspired fashion, in the form of cat-ear headbands or cat-printed apparel. Attendee Mary Ann Polidori brought her own fluffy white feline in a carrying case. “We even brought a little tux,” she says, showing it off. Back in the green room, cat owners like Valerie Volinski are putting finishing touches on the mewdels. Green-eyed Mrs. Parberry, decked out in a flowing red Spanish flamenco gown and black lace mantilla, is so docile she lets Volinski pick her up and rearrange the costume endlessly. “Any color you put on her, she’s gonna look great,” Volinski praises her pet. “I always say she’s Marilyn Monroe reincarnated.” Nearby, cat therapist Carole Wilbourn has set up a booth advertising her reiki healing services.

Nieves herself is in a leopard-print outfit, leopard heels and a cat necklace. She’s more of an all-animal couturier, known for her work for everything from chihuahuas to rats. (Nieves also contributes to the annual New York Pet Fashion Show.) But she’s been designing for this show for years. “Cats are funny. They’re never the same. They’re always very mischievous,” she says. “When you are creating an outfit for them, it’s different than from any other animal.” She took those idiosyncrasies into account while researching different countries and the feline history in each before assigning her models. “Each cat is so unique, and I tried to pair them with the country that would be a good match for them.” Plus, the chosen mewdels need a calm disposition to deal with the camera flashes, travel and hours on display.

Merlin being strutted down the catwalk in Egyptian-inspired attire.
Beth Dixson

Before the cats can walk the, well, catwalk, there’s an introductory performance: an Italian opera tune recited in expressive meows by a former Broadway star, stationed at the piano in the party’s midst. Finally, the cats emerge one by one in their finery. They’re carried in the arms of handlers down the catwalk and back, their walks narrated by a British-accented announcer. The guests crowd up to the velvet rope that separates the feline stars from the spectators, pressing in close for a peek. There’s Wasabi the hairless cat in a Chinese-inspired look. There’s Mrs. Parberry in her mantilla. There are cats showing off Irish, German, French, Egyptian and Indian styles. To close out the show, it’s the U.S.-themed outfit with a bonus: a kitten in tiny aviator sunglasses, who debuts to a chorus of “ooh’s” from the enamored crowd. Everyone whips out their phones. In the corner by the goodie bags, each stuffed with catnip, “de-shedders” and toys, an artist has set up an easel to illustrate the scene in real time.

Beverly Richmond, an attendee who works in a Midtown office nearby and visits Hamlet regularly, is here for the second time. To her, it’s not so much about the cats as it is about making the donation. There are a million stray cats in NYC — nearly as many as there are in homes, according to Volinski. Cat fashion may seem frivolous, but in this case, it’s at least for a cause; after the champagne flutes and litter boxes had all been cleared, the Algonquin ended up donating nearly $11,000 to the Mayor’s Alliance. 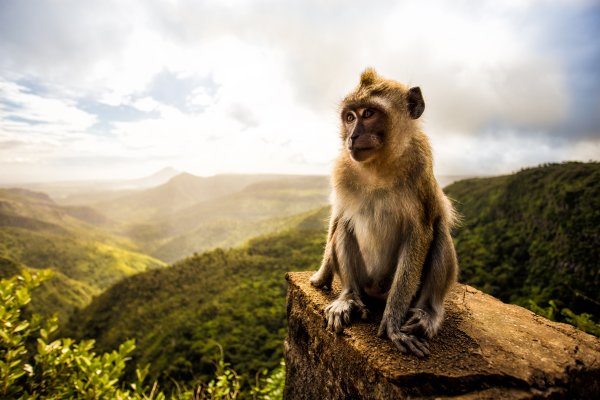