A deadly heatwave sweeping Japan has killed at least 11 people, including a mascot in an amusement park, the government has said.

The 28-year-old performer collapsed at an Osaka amusement park while wearing a 16kg (35lb) costume during a rehearsal Sunday evening, the Japan Times reports. The Hirakata Park entertainment venue said it would cancel all costume events for the rest of the summer.

The end of rainy season has prompted a sudden mercury rise across the country, sending nearly 5,664 people to hospitals for heat-related illnesses, according to the Times. Senior citizens accounted for more than half the hospitalized patients.

Japan’s Meteorological Agency said that temperatures are likely to remain high throughout the week, and advised people to take precautions like staying hydrated, according to the Times.

Temperatures are expected to hit 37°C (98.6°F) in Nagoya, the capital of Aichi Prefecture, on Thursday, while other cities around the country can expect upwards of 30°C (86°F).

This is not the first deadly heatwave to grip Japan. In July 2018, the Fire and Disaster Management Agency declared the weather a natural disaster after 65 people died of heat-related medical conditions in one week and a new record of 41.1°C (106°F) was set.

Scientists have warned that as global temperatures rise as a result of climate change, extreme heatwaves are becoming more common.

In recent months, heatwaves have gripped the U.S. and Europe, where an unprecedented early summer hit. Scientists in the U.S. said it is likely be the hottest July on record, following the hottest June on record. 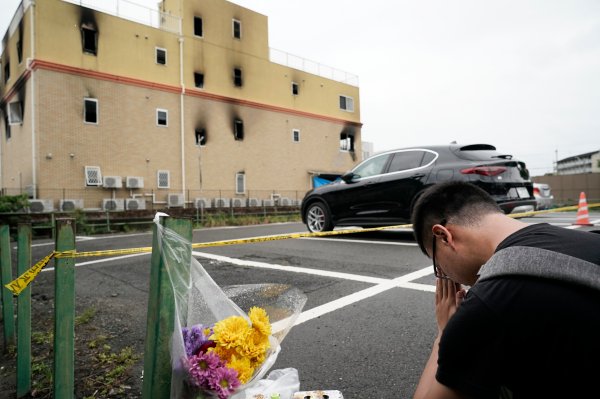 A Short History of Japan's Grisly Record of Mass Violence
Next Up: Editor's Pick