A Beagle in a cage
MichaelSvoboda—Getty Images
By Tara Law

Many dogs, cats, primates and other research animals are killed in federal laboratories each year because agencies don’t have a policy that allows animals to find new homes after their testing has finished. That could change under a new bill.

A bipartisan group of senators introduced the Animal Freedom from Testing, Experimentation and Research (AFTER) Act on Tuesday, which would require that any U.S. agency with a federal research facility to create a policy to “facilitate and encourage the adoption” of animals that are no longer needed for research.

The bill outlines that animals no longer needed by research facilities and that a veterinarian finds to be “mentally and physically healthy” would be placed with an with a animal rescue group, animal sanctuary or shelter, or given it to someone who wants to keep them as a pet.

The bill would impact species covered by the Animal Welfare Act, which regulates the treatment of warm-blooded animals except for mice, rats and birds. Last year, about 50,000 animals protected by the Act – mostly dogs, cats, primates and rabbits – were being held in federal labs.

The legislation was introduced by two Republicans and two Democrats – Sens. Susan Collins of Maine, Martha McSally of Arizona, Gary Peters of Michigan and Jeanne Shaheen of New Hampshire.

“On behalf of our more than 2 million members in Maine, Michigan, Arizona, New Hampshire and beyond, we applaud Senators Collins, Peters, McSally and Shaheen for introducing the AFTER Act to ensure dogs, cats, primates and other animals get a second chance at life outside of a lab when government experiments end,” said Bellotti 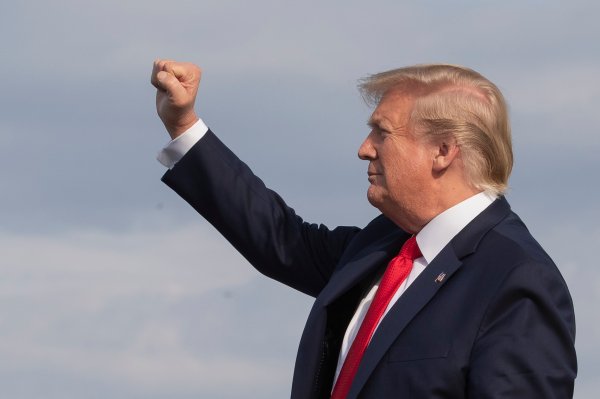 'This Is a Distraction.' Republicans Worry Trump's Racist Comments Will Hurt Him in 2020
Next Up: Editor's Pick