The USDA’s Agricultural Research Service (ARS) announced Tuesday that it will refocus its toxoplasmosis research, and that “the use of cats as part of any research protocol in any ARS laboratory has been discontinued and will not be reinstated.” Fourteen cats that are currently part of the research program will also be adopted out to USDA employees, according to the statement. In response, White Coat Waste Project President Anthony Bellotti said in a statement that the group is “elated that after a year of intense campaigning by White Coat Waste Project and our 2 million members and supporters, alongside leadership from scores of Republican and Democrat Congress members, the USDA’s kitten slaughterhouse has finally been relegated to the litterbox of history.”

The report — from the non-profit White Coat Waste Project, which opposes animal testing by the government, and former USDA scientist Jim Keen — says a large chunk of this research relates to toxoplasmosis, an illness spread by exposure to the Toxoplasma gondii parasite.

As recently as 2015, the report says, the USDA purchased and killed cats and dogs from countries in Asia, Africa and Latin America, and fed their body parts to lab-bred cats and other animals for research, effectively forcing what the watchdog reports refers to as “kitten cannibalism.” Cat remains purchased in China were also injected into mice, according to the document.

“Dog and cat meat represents an abnormal diets for cats, dogs and mice so it is likely irrelevant to natural toxoplasmosis biology,” the report says. “Their scientific relevance and justification is questionable, at best, as is their relevance to American public health since we do not consume cats and dogs, and the practice is now outlawed in the U.S.”

A USDA Agricultural Research Service spokesperson did not specifically comment on the accuracy of the report when asked by TIME. “The Agricultural Research Service continues to assess our operations on how to better conduct toxoplasmosis research, while safeguarding the health of the American people,” the spokesperson said. “USDA remains committed to protecting the safety of the American food supply and maintains the strictest adherence to ethical standards and the best management practices.”

T.gondii is very common, and illnesses can occur through contact with tainted food, cat feces or mother-to-baby transmission, but most people who are exposed never develop symptoms of toxoplasmosis, according to the Mayo Clinic. It is most serious for people with compromised immune systems, as well as pregnant women and their babies. Cats are the only animal in which T. gondii can complete its entire life cycle, so they have traditionally been used in toxoplasmosis research, the new report says.

According to the report, research conducted at the Agricultural Research Service’s Animal Parasitic Disease Laboratory in Maryland involved breeding cats specifically to feed them raw meat infected with T. gondii. Researchers then collected the cats’ feces to harvest parasitic eggs for use in food safety research, and killed the animals after they stopped passing eggs — despite the fact that veterinary experts have said they would not pose a public-health risk if they were put up for adoption, the report says. The program has cost $22.5 million and killed more than 3,000 cats since 1982, according to the report.

The White Coat Waste Project first flagged the USDA’s toxoplasmosis research in an investigation last year, the new report says. Lawmakers last year introduced the Kittens in Traumatic Testing Ends Now (KITTEN) Act, which calls for an end to this type of cat research. It was reintroduced to Congress this month, NBC News reports.

“The fact that the USDA has been rounding up pets and other innocent dogs and cats in foreign countries —including at Chinese meat markets condemned by Congress — killing them and feeding them to lab cats back here in the States is simply disgusting and unjustifiable,” Florida Rep. Brian Mast, who is co-sponsoring the legislation, told NBC. 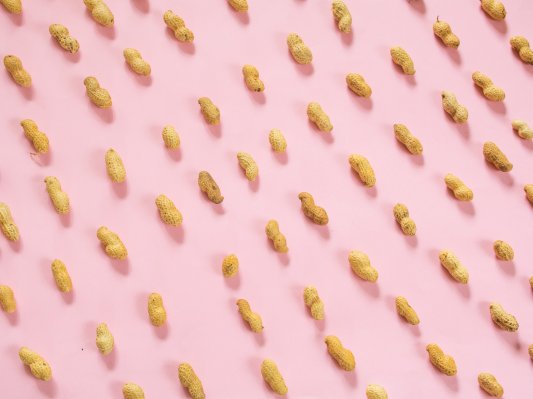