A 17-year-old boy has been hospitalized after he was injured by a bison at Theodore Roosevelt National Park on Saturday, the National Park Services (NPS) said in a press release.

The Colorado teen, who wishes to not to be identified, was gouged in his right thigh after being struck by the bison with his horn, during a hike in the North Dakota state park. It is reported by NPS that two bull bison were fighting one another prior to the attack and were on opposite sides of the trail when one of them rushed at the 17-year-old, hitting and sending him approximately 6 feet into the air.

Park rangers and emergency personnel responded to the scene, the boy was then airlifted to a nearby hospital in Bismark where he was treated for his injuries.

This is the second recorded incident where a Bison attacked a National Park guest. On July 22th, a video showed a nine-year-old girl from Florida thrown into the air by a bison charging at a group of people at Yellowstone National Park.

NPS warns visitors to never approach or feed wildlife and keep a healthy distance away from them at the parks. “Park staff would like to remind visitors that bison are large, powerful, and wild. They can turn quickly and can easily outrun humans.” NPS recommends staying at least 75 feet away from most animals, including bison and deer and even father, at least 300 feet away, from bears and wolves.

In an interview, the teen told TODAY that his advice is to listen to NPS and exercise caution around wild animals.

“A lot of people have the misconception that just because they are in a national park, they’re safe from these animals,” he said. “And they’re not.” 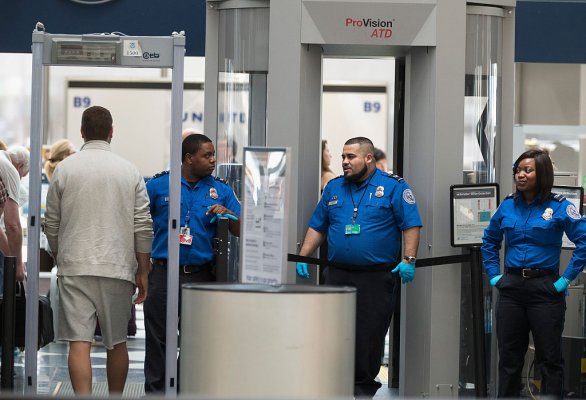 TSA Finds a Missile Launcher in Luggage
Next Up: Editor's Pick