A nine-year-old girl received treatment after a bison attacked her, launching her into the air, at Yellowstone National Park on Monday.

In a video, the bison is seen grazing before it suddenly runs towards a group of people. The girl is seen trying to run away as the bison runs into her and throws her in the air.

The unnamed girl is from Odessa, Fla., according to a National Park Service (NPS) press statement. She was with a group of 50 people in the Old Faithful Geyser area of the park. The group was between five and 10 feet away from the bison for at least 20 minutes before it ran towards them, hitting the child.

According to the statement, the girl was taken to the Old Faithful Lodge in Yellowstone with her family by her side. She was treated by park medical personnel, then released from the Old Faithful clinic.

The incident is currently under investigation and no citation has been issued according to the NPS. The park urges people to stay away from the animals in the park and avoid interacting with them.

“Wildlife in Yellowstone National Park are wild. When an animal is near a trail, boardwalk, parking lot, or in a developed area, give it space,” the statement said. 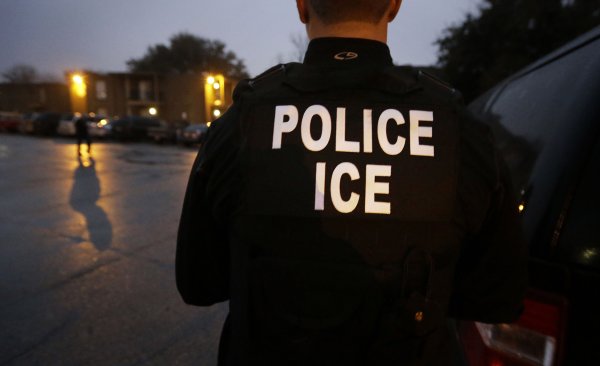 Tennessee Neighbors Protect An Man From ICE Arrest
Next Up: Editor's Pick