In a long-awaited report investigating the actions of the U.S. Olympic and Paralympic Committee (USOPC) and USA Gymnastics in response to a years-long sexual abuse scandal, congressional leaders criticized the organizations with “fail[ing] to protect its athletes from sexual abuse.”

The investigation report, released Tuesday, found that, “Repeatedly, institutions failed to act aggressively to report wrongdoing to proper law enforcement agencies. Repeatedly, men and women entrusted with positions of power prioritized their own reputation or the reputation of an NGB over the health and safety of the athletes. Repeatedly, USOC, [USA Gymnastics] and other [National Governing Bodies (NGBs)] took actions to conceal their negligence and failed to enact serious reforms, even after they were faced with the courageous accounts of survivors.”

In a press briefing, Senate subcommittee on Consumer Protection, Product Safety, Insurance and Data Security Chair Sen. Jerry Moran and ranking member Sen. Richard Blumenthal, said Tuesday the culmination of their 18-month investigation led to a bipartisan bill that would grant Congress more authority to take action against the USOPC and the NGBs and hold them accountable for protecting the safety of athletes.

“These institutions and individuals failed [the] athletes,” Blumenthal said. “We are now at a moment of reckoning, one year before the next Olympics. The best way for the USOPC and the NGBs to show they are serious about stopping abuse is to support the legislation.”

Several hundred athletes and gymnasts have since come forward reporting they had been abused by Larry Nassar, either while they were training at USA Gymnastics affiliated programs, or at Michigan State University, where Nassar held a faculty position before being dismissed in 2016. Nassar is now serving up to 175 years for criminal sexual assault.

Survivors have said they reported complaints about sexual abuse by USA Gymnastics team doctor Nassar years before he was eventually allowed to resign in 2015.

“These individuals and institutions frankly looked the other way, and turned a blind eye to the ongoing evil, monster predator Larry Nassar,” said Blumenthal. “And he was not a lone wolf. He was enabled and emboldened by people in positions of trust who looked the other way in the face of this crushing, ongoing and vile evil.”

The new, proposed legislation, the Empowering Olympic and Amateur Athletes Act of 2019, would codify Congress’ role in overseeing the USOPC and its affiliated NGBs. The legislation calls for the USOPC to take direct responsibility for the NGBs of the various sports. In defending its response to the Nassar scandal, the USOPC has said that the NGBs operate as relatively independent entities and receive little oversight from the USOPC.

“[The bill] makes clear what was apparently somewhat confusing, that the USOPC has jurisdiction and responsibility for the behavior of the NGBs,” said Moran. “No longer can the USOPC say, ‘that’s an NGB issue.’ Now it’s made clear that they have oversight over the NGBs.”

The Act calls for giving Congress the power to dissolve the board of the USOPC if, “it is failing to fulfill its purposes as described in the [Ted Stevenes Olympic and Amateur Sports Act].” Congress would also have the power to decertify an NGB and strip it of its status as a national governing body for a sport for failing to establish a safe environment for athletes.

Specifically, the USOPC would also be required to review each NGB’s status every four years. Athlete representation at the USOPC and at every NGB would also be increased, from 20% of the organization in question’s membership, to one-third. And the current requirement that the athlete representatives must have competed as amateurs in the preceding 10 years prior to their appointment would be eliminated.

The increased congressional authority is a first step toward greater accountability of the organizations, say many of the sexual abuse survivors. “What this does is take power away form the USOPC and gives it to Congress, which is elected by the people,” says John Manly, an attorney who represents dozens of Nassar abuse survivors. “Congress can now act if [USOPC] or [NGBs] won’t. That’s a critical step for athlete safety.”

The bill also calls for the USOPC to provide $20 million annually to maintain the U.S. Center for SafeSport, an independent entity created by the USOPC to hear reports of sexual abuse from athletes. The designated funds would ensure that the Center continue to have resources to field and investigate complaints, said Moran.

“This level of funding would be guaranteed by statute, so the USOPC cannot play games,” said Blumenthal.

A stable source of funding, which could be increased as the bill is amended, would also help to ensure that reports remain anonymous should athletes wish to withhold their names, and reassure them that they won’t experience retaliation since the Center would not be beholden to the USOPC for renewing budgets every year.

“Stronger oversight by Congress, and a truly independent Center for SafeSport is necessary to restore public confidence in our Olympic organization and protect the health and safety of athletes who strive to represent the highest values of our Nation,” Jordyn Wieber, an Olympian who was abused by Nassar, said in a statement.

Moran and Blumenthal said the bill, and the investigation, are just the first step in creating a new culture in the amateur sports movement in the U.S., beginning with holding organizations accountable for the safety of the athletes they manage. During its investigation, the Senate subcommittee referred former USOPC CEO Scott Blackmun to the Justice Department for investigation for submitting false statements about his knowledge of the Nassar sexual abuse reports, and there are ongoing criminal investigations in state courts related to the actions taken by officials in response to those reports.

“There is still additional information we would like to know,” said Moran. “But given the legislative time frame we needed to move forward with the legislation now to change the culture and the nature of the USOPC and the NGBs. We want to change the culture and the thought process that occurs so there are no more survivors and victims of sexual abuse.”

In a statement, USOPC CEO Sarah Hirshland said, “There are sections in the proposed legislation that, while conceptually appropriate, could result in unintended consequences and disruption for athletes in operational reality. We look forward to working with Senators Moran, Blumenthal and others in Congress to address these areas, make athletes more safe, and make Olympic and Paralympic organizations in the U.S. as exceptional as the athletes they serve.” USA Gymnastics president Li Li Leung said that while the organization had not yet seen the new bill, “We, as an organization, not only have increased accountability to our membership, but also too the USOPC and the U.S. Center for SafeSport…Congress has the authority and is charged with oversight of the USOPC. We look forward too working with Congress, the USOPC and all groups as needed so that USA Gymnastics, and the entire Olympic movement, put athlete safety and well-being first.” 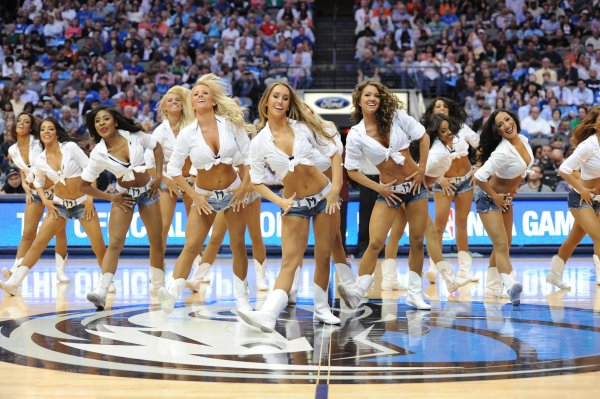