Demonstrators against the death penalty stand outside the Moakley Federal Court during first day of the penalty phase for Boston Marathon bomber Dzhokhar Tsarnaev on April 21, 2015 in Boston.
John Tlumacki—The Boston Globe/AP
By Melissa Chan

The Justice Department on Thursday said it would go back to executing federal death-row inmates for the first time in nearly two decades—a move capital punishment opponents quickly denounced as a step backward for criminal justice reform in the country.

“It’s distressing,” said Madeline Cohen, a capital defense attorney who represents three inmates on federal death row. “This administration has a history of taking rash actions, and this one is no exception.”

The federal government set execution dates as early as December for five convicted child murderers, including a man who killed a couple and their 8-year-old daughter in 1996 by suffocating them with plastic bags and tying rocks to their bodies before dumping them into an Illinois bayou. In a news release Thursday, Attorney General William Barr called those five inmates the “worst criminals” and said “we owe it to the victims and their families to carry forward the sentence imposed by our justice system.”

There are at least 60 federal prisoners on death row, including Boston Marathon bomber Dzhokhar Tsarnaev and Dylann Roof, the white supremacist who gunned down nine black parishioners in a Charleston, South Carolina church in 2015, according to the Justice Department and the nonprofit Death Penalty Information Center (DPIC).

A federal death-row inmate has not been executed since 2003 when Louis Jones Jr., who raped and killed a U.S. Army soldier, died by lethal injection in Terre Haute, Ind. The federal government has carried out a total of 37 executions since 1927, according to the Bureau of Prisons, but only three have been executed since 1988.

Jones’ execution in 2003 sparked litigation against capital punishment that complicated and prevented its use in the federal system, a Justice Department official said. Another complication emerged in 2014 when convicted murderer Clayton Lockett, a state death row inmate in Oklahoma, convulsed and died of a heart attack 43 minutes into a botched lethal-injection execution there. It prompted President Barack Obama to call on the Justice Department to review the application of the death penalty nationwide.

On Thursday, the Justice Department said the Federal Bureau of Prisons had concluded a legal and procedural review—ordered by then-Attorney General Jeff Sessions—on how to move forward with using the death penalty. Going forward, it said it was changing its execution method, replacing the three-drug procedure previously used with a single drug, pentobarbital. “Since 2010, 14 states have used pentobarbital in over 200 executions,” it said, adding that courts had upheld the drug’s use as consistent with protections against cruel and unusual punishment.

Capital punishment opponents said they were disappointed but not shocked by the Justice Department’s announcement, given that President Donald Trump has been a vocal supporter of the death penalty. (After a gunman killed 11 people in a Pittsburgh synagogue last year, Trump told reporters the perpetrator “should really suffer the ultimate price.” “I think they should very much bring the death penalty into vogue,” he added.)

“The surprise is that it took this long for them to do something,” DPIC Executive Director Robert Dunham said.

Hannah Cox, the national manager of Conservatives Concerned About the Death Penalty, added: “We knew this was a possibility for some time, but we were hopeful the federal government would take a cue from what’s happening across the country.”

Twenty-one states have abolished the death penalty, and California, Pennsylvania, Oregon and Colorado have issued moratoriums on executions, Cox says. New Hampshire in May became the latest state to do away with executions.

Public support for the death penalty had hit a four-decade low in 2016, but it has slightly increased since, according to the Pew Research Center. A 2018 Pew survey found that 54% of Americans favor the death penalty for people convicted of murder, while 39% oppose it.

Technically, there is a defined and limited set of crimes that warrant the federal death penalty. They include terrorism, espionage, killings of federal employees, political assassinations, killings in federal prisons and murders that take place on federal lands, according to the DPIC.

But Cohen, the federal capital defense attorney, says there is only one person on federal death row for a terrorism crime—the Boston Marathon bomber— and no one there for espionage. “Everyone else could have been prosecuted in state court,” she says. “There are a bunch of people on the row for homicides associated with carjacking, where the only federal hook is that the car was manufactured in interstate commerce.”

Dunham, the DPIC executive director, agrees. “When you look at the cases of people on death row,” he says, “they look like classic state murder cases.”

Among the five people on federal death row with newly set execution dates is Lezmond Mitchell, who was convicted of stabbing a 63-year-old woman to death and then killing her 9-year-old granddaughter after making the young girl sit next to her dead grandmother’s body in a car for a roughly 30-mile drive.

“Killing a child is bad. There’s no question about that,” Dunham says. “But that doesn’t make it a federal crime.” 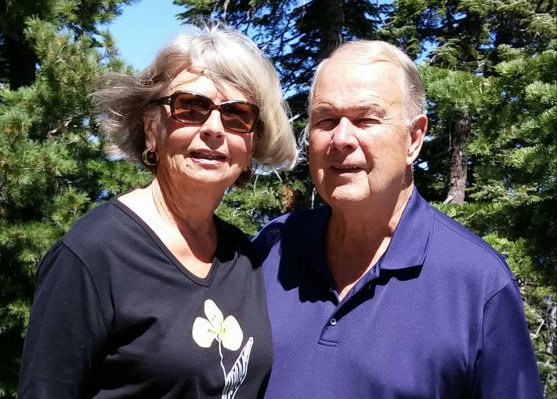 A Police Officer Killed Their Mother, and Her Sons Want to Know Why He Hasn't Faced Trial
Next Up: Editor's Pick