After more than a decade on the comedy circuit, Gadsby “quit” comedy with her special Nanette; it became a sensation.
Cameron Grayson
By Trish Bendix

There is nothing traditional about Hannah Gadsby. A self-described butch lesbian writer-performer with autism, she engaged and enraged audiences in 2018 with her show Nanette, which Netflix premiered as a comedy special. In the set, Gadsby announced she was quitting comedy midshow, interrogating how the self-deprecating nature of the form had shaped her life. A moving meditation on trauma, gender and comedy as medium, Nanette made Gadsby–a longtime Australian comic with a style by turns dry and visceral–a star. She went on to win a Peabody and snag a book deal.

With celebrity, of course, came the “haters,” who serve as one of the primary points of inspiration in Gadsby’s (surprise!) new show, Douglas. Her detractors, she points out, were mostly men: the straight white men who have established how women are perceived and treated in society, or depicted in classic art, which Gadsby studied, or named women’s body parts; she gets an inspired bit from a section of the recto-uterine area called the pouch of Douglas, named after the 17th to 18th century Scottish physician who “discovered” it. As she became more famous, men increasingly wanted to tell her that what she was doing wasn’t really comedy, or that she was too fat–her body, she jokes, is often described as “Rubenesque”–or ugly, or gay to be onstage. Nanette was about how comedy made her feel bad, but that show’s success only exacerbated the problem. In Douglas, she refines her scope onto the systems that enable her to feel bad in the first place.

Douglas, which had a two-night stint at the Theatre at Ace Hotel in Los Angeles before heading to New York City’s Daryl Roth Theatre for a five-week run starting July 23, feels like an extension of Nanette. Gadsby continues to pull back the curtain so audiences will see how cleverly she both executes and dismantles the stand-up set. (Netflix will air Douglas as a special in 2020.) The haters probably won’t be won over by this one: she promises at the top of the show to take a hammer to the patriarchy, and she delivers. The comedy purists who debated what, exactly, she was doing onstage won’t get any more clarity on whether she’s performing stand-up, a monologue or a lecture–she riffs on all three in Douglas. (The lecture portion actually includes a projection screen, laser pointer and slides of Renaissance works of art.) She also tackles anti-vaxxers, disgraced comic Louis CK and the dog park.

Part of the show’s conceit is that she explains exactly what to expect up front, using viewers’ expectations–and the established formula of tension and release, which she outlined in Nanette–to play with form. She doesn’t like surprises, she says; knowing to anticipate the pleasure of a joke only amplifies the satisfaction of hearing it. And it works: when she finally delivers the devastating Louis CK mic drop that she promised at the top of the show, it’s an electric moment.

The runaway success of Nanette looms large over Douglas. Early on, she jokes that she might have “budgeted [her] trauma better” if she’d known that the show would be such a success. She works through more recent trauma here, drawing upon a relationship that ended shortly after she was diagnosed with autism. And she digs in even deeper to the way she’s been treated by men, as a queer and masculine-of-center woman. In so doing, she makes a compelling case that we should consider the source of just about everything: how things are defined, and by whom. Even the show’s title gets at this; Gadsby says, at the beginning, that it’s named after her dog, but as she digs deeper into the philosophy of the naming of things, it becomes clear that the title works on multiple levels.

Like Nanette, Douglas is a challenging show, but even when Gadsby isn’t funny, she’s always clever. Case in point: the merch for sale at the show includes a Pouch of Douglas fanny pack. 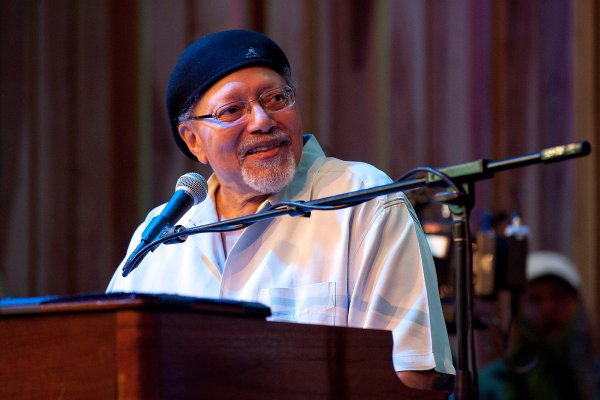