Sri Lankans Ask the U.K. to Take Back Rotten Waste

Sri Lanka is demanding the U.K. take back more than a hundred containers of waste, joining the growing list of Asian countries pushing back against developed nations that export trash as recycling.

The 111 containers consisting of plastics, syringes and suspected human remains are believed to have been sent from the U.K. in 2017, the BBC reports, but were only inspected last week after port officials complained of a putrid smell.

Authorities said Tuesday they had taken “immediate action to order the re-export” of the waste.

“Some of the materials have been liquidized and deteriorated to the point that we cannot even examine them,” Customs Department spokesman Suni Jayaratne told the local Daily Mirror newspaper, according to the BBC.

Protestors held a demonstration Wednesday outside the British High Commission in the capital Colombo and handed over a letter urging the U.K. to take back the waste. “Sri Lanka is not your dump yard,” read one protest sign.

“This is a third-world country, we are struggling with so many issues, and how can we be responsible for somebody else’s garbage?” One protestor said.

The global trash trade reached a turning point early last year when China, once the world’s biggest receiver of plastic waste, banned its import. Since then, Southeast Asia has seen a huge spike in waste shipments — much of it contaminated plastic that is unrecyclable — from developed countries.

But several nations have begun sending the trash back to where it came from. Earlier this week, Cambodia announced it would ship 1,600 tonnes of waste back to the U.S. and Canada. In May, the Philippines sent 69 container-loads of garbage to Canada, and the month before, Malaysia returned five containers to Spain.

The U.K. government says it is “committed to tackling illegal waste exports, but the country’s Environment Agency told the BBC that it had yet to receive an official request from Sri Lanka to re-import the trash. 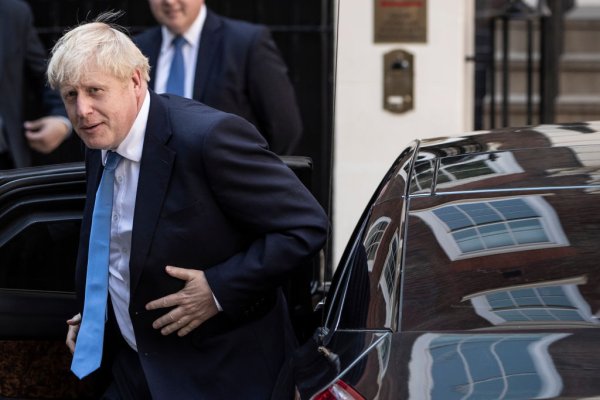 As Prime Minister, Boris Johnson Must Deliver Brexit
Next Up: Editor's Pick