Some Undocumented Immigrants Are Now Subject to 'Expedited Removal.' Here's What to Know

Acting Secretary of Homeland Security Kevin McAleenan walks away after a news conference at the Immigration and Customs Headquarters, on June 28, 2019 in Washington, DC.
Mark Wilson—Getty Images
By Jasmine Aguilera

The Department of Homeland Security (DHS) is claiming the legal power to expedite the deportation of undocumented immigrants anywhere in the United States who can’t prove they’ve been in the country continuously for two years, potentially deporting people before they’ve had the chance to see a judge.

The policy change was announced Monday by DHS secretary Kevin McAleenan, and enacted on Tuesday. Previously, the only undocumented immigrants who qualified for expedited removal were those who were caught within two weeks of entering the country and within 100 miles of the border.

In making the change, McAleenan cited the Immigration and Nationality Act, which the department argues gives the DHS secretary the power to decide who qualifies for expedited removal.

“The new designation adds one more tool for DHS — utilizing specific authority from Congress — to confront the ongoing security and humanitarian crisis on the Southwest border and throughout the country,” McAleenan said in a statement. “We are past the breaking point and must take all appropriate action to enforce the law, along the U.S. borders and within the country’s interior. This designation makes it clear that if you have no legal right to be here, we will remove you.”

Elora Mukherjee, professor of law at Columbia University and director of the university’s Immigrants’ Rights Clinic, says that the DHS’s interpretation of the Immigration and Nationally Act will face legal challenges. Indeed, the ACLU has already announced it is planning to sue over the change.

“Expedited removal provides less protection than traffic court,” says Anand Balakrishnan, an attorney at the ACLU Immigrants’ Rights Project. “It allows a single officer, whether it’s a Customs and Border Patrol agent or an Immigration and Customs Enforcement officer, to simply order someone deported within a matter of hours.”

The new designation comes just over a week after the Trump Administration announced a change to asylum rules preventing migrants from claiming asylum in the U.S. unless they’ve first done so in another country en route to the U.S.

What is changing exactly?

The new rule means undocumented immigrants in the U.S. who can’t prove they’ve lived in the country continuously for at least two years can be detained and deported without seeing an immigration judge or, advocates say, before they have the chance to find legal representation.

“What the administration is trying to do with this tool is to deport people as quickly as possible,” says Mukherjee, the Columbia professor. According to DHS, immigrants in expedited removal in fiscal year 2018 spent an average of 11.4 days in custody before getting deported.

But some say it may prove difficult for people to prove their recent whereabouts on the spot.

“Essentially what it’s telling people is, they have to cary with them at all times documentation or paperwork showing that they’ve been continuously in the country for two years,” Balakrishnan says. “If a CBP officer stops them and says that they’re subject to expedited removal, they will simply be unable to challenge that allegation, they won’t have the time to do so.”

“We know that people don’t walk around with proof of where they’ve lived and worked for the past two years,” says Kursten Phelps, an attorney and the director of legal and social services at the Tahirih Justice Center, which provides legal aid to immigrant women and girls.

There are some exceptions to expedited removal. Unaccompanied minors won’t be subject to the new rule, and an immigrant facing expedited removal can still indicate they fear persecution if they return to their birth country, which will give them a chance to begin an asylum claim.

How will this affect immigrants?

The immediate effects of the new expedited removal designation may increase fear and uncertainty for undocumented immigrants, advocates say.

“The change in the rule allows for a massive dragnet to be run throughout the interior of the United States,” Mukherjee says. “It is almost inevitable that U.S. citizens and others who have been in the United States for longer than two years will be caught up in this dragnet.”

Mukherjee adds she fears incidents of racial profiling will increase. “The people who are likely to be targeted are those with brown skin,” she says. “Those who look like they may be immigrants from Central America, South America, South Asia and Africa.”

She said the change increases the risk of U.S. citizens and other immigrants with legal status to be detained and even potentially deported. “Once you’re caught up in the immigration system, it’s really hard to get out, even if you are a U.S. citizen,” she says, adding that it can be even harder for immigrants with mental health issues and cognitive impairments to prove how long they’ve lived in the U.S. “This is really a disturbing development.”

Phelps says the change may deter victims of crimes like domestic violence from reporting incidents to authorities for fear of being deported. “[Women and girls] are already a vulnerable part of the community and this is only making them more vulnerable and afraid to reach out,” she says.

Overall, advocates say the more immediate impact of the change will be an increase in fear.

“As advocates and attorneys it presents a lot of work for us to do to advocate for our clients,” Phelps says. “Frankly, it is yet another attack on due process and safety. It’s death by 1,000 paper cuts, but they’re coming more quickly and more deeply.” 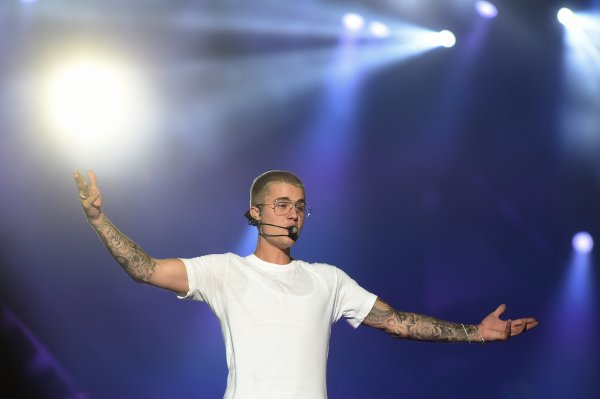 Bieber to Trump: 'Let Those Kids Out of Cages'
Next Up: Editor's Pick