What to Know About Kevin McAleenan, Kirstjen Nielsen's Replacement As Homeland Security Chief

The Department of Homeland Security has a new acting head, following Sunday’s resignation of Kirstjen Nielsen.

Kevin McAlneenan, the commissioner of U.S. Customs and Border Protection, was named by President Donald Trump as Nielsen’s acting replacement.

Nielsen’s resignation comes at a time of great tension over immigration, with Trump’s plans to build a border wall still in limbo, and with successive bouts of migration to the southern border attracting regular media attention. Nielsen was aggressive in her pursuit of Trump’s goals to crack down on illegal immigration, but the two reportedly clashed over specifics — including, most recently, Trump’s desire to totally close off ports of entry along the southern border.

“I have determined that it is the right time for me to step aside,” Nielsen said in her resignation letter. In a tweet, Trump said of her replacement: “I have confidence that Kevin will do a great job!”

Here’s what to know about Kevin McAleenan.

Who is Kevin McAleenan?

McAleenan, 47, has been at U.S. Customs and Border Protection (CBP) since 2001, serving in both the Bush and Obama Administrations before becoming acting head of the department in January 2017 under Trump. He was confirmed by the Senate for that position in March of 2018.

In the summer of 2018, McAleenan steered CBP through controversy over the separation of migrant children from their parents.

What are Kevin McAleenan’s views on immigration?

As head of the CBP, McAleenan’s job is to reduce illegal immigration and smuggling across U.S. foreign borders. He has also been involved in overseeing the design and location scouting for Trump’s proposed border wall. But McAleenan is “not an ideologue or fire breather,” according to a senior official quoted by CNN.

“To continue to enforce the law, there should be a sanction for crossing the border illegally. It’s not a victimless crime,” he told The New York Times in an interview published in August, on the topic of family separation.

But McAleenan did offer muted criticism of the policy. “I don’t think if a policy is implemented and then you have recalibration from the presidential level that it can be called a success,” he said, referring to the executive order that ended family separations. “It’s challenging for law-enforcement professionals when they see the individual impact of the actions they are asked to carry out,” he added.

How long is Kevin McAleenan expected to be in charge of DHS?

McAleenan is expected to be acting head of Homeland Security “in the short term,” according to a White House official quoted by CNN. Nielsen will remain in her role until Wednesday while handing over to McAleenan. 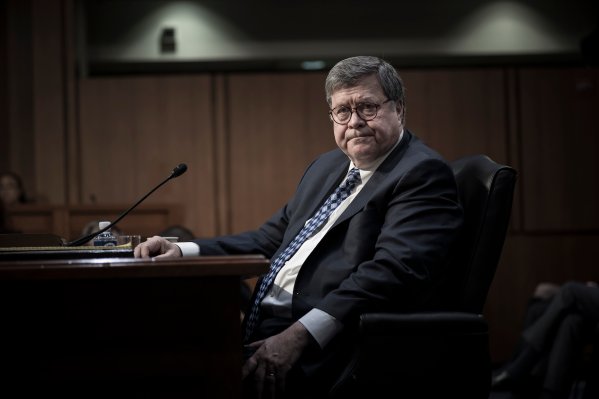 Robert Mueller's Work Is Done. What Happens Next Is Up to William Barr
Next Up: Editor's Pick