Inside the Las Vegas Show That Turned Elvis' Career Around

Elvis Presley performs onstage at the International Hotel in Las Vegas, in late July or August 1969. Presley performed 57 shows, usually two a day, between July 31 and August 28, at the newly opened hotel.
Fotos International—Getty Images
Ideas
By Richard Zoglin
Richard Zoglin is a TIME magazine contributor and the author of Hope: Entertainer of the Century and Comedy at the Edge: How Stand-up in the 1970s Changed America.

By the end of the 1960s, Elvis Presley’s career was in disrepair — treading water in a sea of bad movies, records that no longer made the charts and a decade of increasing irrelevance in the fast-changing world of rock’ n’ roll. He had made a splashy comeback in a widely acclaimed NBC special in December 1968. But he hadn’t performed live onstage in more than eight years. So when he opened in Las Vegas on July 31, 1969 — the start of a four-week engagement at the brand new International Hotel — it was a make-or-break career gamble. Richard Zoglin’s book Elvis in Vegas: How the King Reinvented the Las Vegas Show, out July 23, offers a counter-narrative to the conventional wisdom that his time in Vegas contributed to the star’s decline. Instead, Zoglin argues, this time saw him not only remake himself, but the entire template for Las Vegas entertainment. The following excerpt goes inside that opening night, revealing both the anxiety leading up to it and the resulting triumph.

Listen to the audiobook version of this excerpt here:

Elvis was as ready as he could ever be: well rehearsed, backed by first-rate musicians, and heralded by the biggest publicity campaign in Vegas history. Yet his show still had something of a homemade, seat of-the-pants quality. Elvis hadn’t been on a concert stage in years and knew little about modern sound systems and other technical matters. The showroom was daunting: twice as large as any other venue in Las Vegas, with room for 2,000 people. The opening-night audience was filled with Hollywood stars, Vegas entertainers and assorted high rollers, along with rock critics and entertainment reporters from around the country. Even in a town used to star-studded opening nights, the array of celebrities—Cary Grant, Sammy Davis Jr., Ann-Margret, Paul Anka, Dionne Warwick—was impressive.

Backstage before the show, Elvis was a nervous wreck. “I can remember Elvis sitting on a couch,” bassist Jerry Scheff recalled, “his knee going up and down like a piston, his hands dancing like butterflies.” “You could see the sweat just pouring out of him before he went onstage,” said his friend and road manager Joe Esposito. “He was always nervous before a show, but he was never nervous like that again.” Everybody tried to keep him calm. “If you get lost, just turn around and we’ll start playing louder,” guitarist John Wilkinson reassured him. “Don’t worry about it, your friends are here.”

The Showroom Internationale was filling up, anticipation building. The expansive stage was sixty feet wide, with a ten-thousand-pound, Austrianmade gold-lamé curtain. The ornate decor featured crystal chandeliers and figurines of angels hanging from the ceiling and a hodgepodge of ancient Greek, Roman, and Louis XIV-era paintings and statuary. A setting fit for a returning king.

Usually in Vegas the headliner would be announced by a disembodied voice—“Ladies and gentlemen, direct from the bar—Dean Martin!” But as the curtain rose, Elvis simply walked out, an acoustic guitar slung over his shoulder, grabbed the microphone in his right hand—which was visibly trembling—paused for a moment, then launched into the familiar lyrics: “Well, it’s one for the money, / Two for the show, / Three to get ready / Now go, cat, go . . .”

As he sang “Blue Suede Shoes,” the crowd erupted. It was the old Elvis, rocking as hard as ever on a classic hit they hadn’t heard him sing in over a decade. He was wearing one of costume designer Bill Belew’s two-piece karate outfits, dark blue, with flared pants and a sashlike belt that whipped around as he moved. His high-collared shirt was unbuttoned nearly to his navel, with a scarf loosely knotted around his neck. (His friend and hairstylist Larry Geller claimed that Elvis wore high collars to imitate the spiritual masters in David Anrias’s book Through the Eyes of the Masters. Priscilla said it was because Elvis thought his neck was too long.)

The frenzied reaction from the crowd startled the performers. “They wouldn’t shut up,” Wilkinson recalled; “all through the first song they kept shouting and cheering, they couldn’t get enough of him.” As he finished his opening number, Elvis let the cheers wash over him, then turned around to face the musicians behind him and sort of shrugged his shoulders—as if to say, “Maybe this isn’t going to be so bad.”

Then he roared on, doing a hard-driving version of Ray Charles’s “I Got a Woman,” followed by a string of his biggest fifties hits, from “All Shook Up,” to “Heartbreak Hotel.” During “Love Me Tender,” Elvis planted kisses on as many female fans in the front row as he could reach. He did the up-tempo songs faster than in the old days, as if he were trying to get through them as quickly as possible. “I think he did them because people expected those songs,” said drummer Ronnie Tutt. “You could tell he just wanted to rush through them. He wasn’t necessarily thrilled with who he was in the fifties. Because he had become a different man.” When he got to “Hound Dog” (a song he didn’t like anymore), he prefaced it with a long, tongue-in-cheek buildup, telling the audience he wanted to do a “special song” just right for a “tender, touching moment”—before the sudden explosion: “YOU AIN’T NOTHIN’ . . .” He raced through that one so fast it was almost disrespectful.

After the trip down memory lane, Elvis changed the pace with several numbers that showcased his more emotional, ballad-driven style, like Mac Davis’ “Memories,” the Beatles’ “Yesterday,” and the angsty “I Can’t Stop Loving You.” Elvis’s feverish, seven-minute performance of the yet-unreleased single “Suspicious Minds” nearly brought the house down. In the last part of the show, Elvis circled back to the 1950s with an energetic cover of Chuck Berry’s “Johnny B. Goode.” Then he revved up the jets for the old Ray Charles rouser “What’d I Say,” before closing the show (as he would nearly every live show for the rest of his career) with “Can’t Help Falling in Love,” his ballad from the 1961 film Blue Hawaii.

“I never saw anything like it in my life,” said Mac Davis, who was in the audience, flattered when Elvis gave him a shout-out—“Hiya, Mac”—before singing “In the Ghetto,” the hit that Davis had written for him. “He was physically beautiful at that age, just a specimen. You couldn’t take your eyes off the guy. Women rushing the stage, people clamoring over each other. I couldn’t wipe the grin off my face the entire time.” Ann Moses, editor of the teen magazine Tiger Beat, said, “I saw the Beatles at the Hollywood Bowl, and the Rolling Stones at the Cow Palace in San Francisco. But there was something about that night that was so special. Everyone was dumbstruck and didn’t want the night to end. It was one of the greatest shows I’ve ever seen.”

The performance lasted an hour and fifteen minutes, with Elvis pacing the stage like a panther, crouching, lunging, leaping, doing karate kicks and punches. He gulped water and Gatorade and mopped his sweat with handkerchiefs tossed onstage by women in the audience. “He was like a wild man,” recalled Felton Jarvis, his RCA record producer. “I mean, he almost hurt himself—he was doing flips and cartwheels and all kinds of stuff.” The cartwheels may have been an exaggeration, but no one could doubt that Elvis was giving it everything he had. In one show later in the run, he split his pants and had to retreat offstage, where his entourage formed a protective ring around him while he changed quickly into a new pair. (This prompted Belew to switch to one-piece jumpsuits—more forgiving in the crotch.)

He talked to the audience in between numbers—nervously, self-consciously, with a few awkward jokes. He noted that this was “my first live appearance in nine years. Appeared dead a few times. . . .” He joked about the garish showroom—“Welcome to the big, freaky International Hotel, with those weirdo dolls on the walls and those funky angels on the ceiling.” He repeated the same lines almost every night, but the evening had a loose, spontaneous quality too.

The awkwardness and spontaneity were refreshing. This was no slick Vegas headliner, with polished stage patter and fake effusions of love for the audience. Elvis was still the overgrown kid from Memphis, as anxious about talking (as opposed to singing) to an audience as the audience was eager to make him feel welcome. But musically, he was a revelation. When the show was over, Elvis got a standing ovation—“one of the rare occasions,” Myram Borders reported in the Nevada State Journal, “when a Las Vegas standing salute was sincere rather than rigged with a few cronies of an entertainer planted down front to stamp and scream approval.” Over the next seven years, he would perform more than 600 shows in Las Vegas—and sell out every one. The show was a clear triumph.

Copyright © 2019 by Richard Zoglin. From the forthcoming book ELVIS IN VEGAS: How the King Reinvented the Las Vegas Show by Richard Zoglin to be published by Simon & Schuster, Inc. Printed by permission. 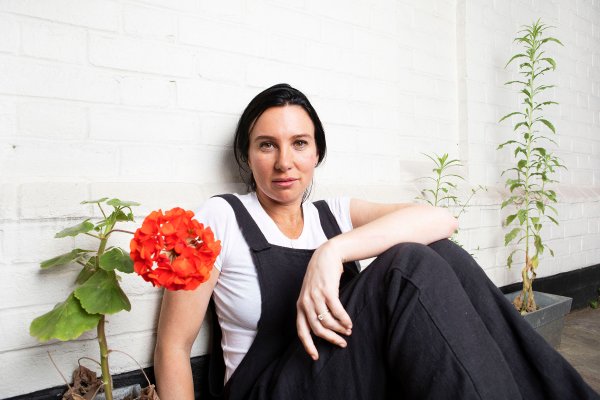 'Desire Is Always Evolving.' What the 'Three Women' Author Learned After a Decade Following Women's Sex Lives
Next Up: Editor's Pick