Greek police have arrested a suspect in the murder of an American molecular biologist, who they say was run down by a local man during her daily walk, put in the trunk of his car, raped and abandoned in a nearby tunnel.

The national police held a press conference on Tuesday afternoon where they confirmed the arrest of a local 27-year-old man and said they have “solved” the case of the death of 59-year-old Suzanne Eaton. They did not release the name of the suspect.

Eaton, a molecular biologist working as a research leader at the Max Planck Institute in Dresden, German, was visiting the Greek island of Crete to attend a conference at the Orthodox Academy of Crete when she went missing in early July.

After a nearly week-long search by authorities and family, Eaton’s body was discovered 7 miles from her hotel in a man-made cave that was reportedly dug by Nazi troops occupying Crete during World War II.

According to Papathanasiou, at around noon on July 2, Eaton went for her daily walk, leaving behind her cellphone and other personal items in her hotel room. She said autopsy results found that she died shortly after noon and the official cause of death was suffocation––adding that Eaton’s body also had “many broken ribs, face, bones, and multiple injuries at both hands.”

Police said the suspect confessed to seeing Eaton walk toward a local memorial and “motivated by sexual satisfaction, he hit her twice with his car to stop her.”

The suspect told police he then took the unconscious Eaton and put her in the trunk of his car and moved her to the ventilation drain of a cave, where he raped and abandoned her.

Police said after abandoning Eaton’s body the suspect re-blocked the entrance to the drain with a wooden pallet and cleaned the trunk of his car at a graveyard, attempting to remove all forensic evidence.

It was not clear from the police account whether Eaton was killed in the bunker or in the car.

Hellenic Police say a 27-year-old suspect placed American biologist Suzanne Eaton in the trunk of his car and disposed of her body.
Photo Courtesy Hellenic Police

Police Major General Constantinos Lagoudakis said the track marks left by the suspect’s car were what helped police narrow their search and arrest the suspect.

“The identification of tracks from vehicle’s wheels, that were leading to the shelter’s drain proved an evidence of critical importance that directed our investigation,” he told reporters on Tuesday. “This fact, in combination with the position of the body in the area, strongly supported the argument that the victim was transferred to this location.”

Lagoudakis says during questioning the suspect “provided too many conflicting answers and under the light of the collected evidence, he confessed his crime.”

Eaton was on her fourth trip to Crete before she was killed. Police said she had made similar trips to the island for other scientific conferences where she would present research. The 59-year-old mother of two was married to British scientist Tony Hyman. She was born in Oakland, Calif. and received her undergraduate degree in biology from Brown University and a Ph.D. in microbiology from the University of California, Los Angeles, according to her Max Planck Institute biography.

On a memorial site, Eaton’s son Max remembered his mother as a “remarkable woman,” who “managed to live a life with few regrets.”

“I have many fond memories of her and my father playing duets together, filling our home with a beautiful, joyful sound that was unique to them, and I shall forever cherish the memory of lying on the floor, watching and listening to the thing that brought them together,” he posted. 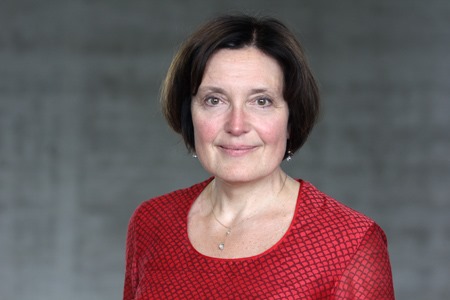