Greek police say they are questioning the “main suspect” in the killing of American molecular biologist Suzanne Eaton, whose body was discovered on the island of Crete last week.

National police spokesman Theodoros Chronopoulos confirmed to TIME that, as of Monday afternoon, investigators were in the process of interrogating a 27-year-old man from the village of Maleme, which is near where Eaton’s body was discovered on July 9.

Chronopoulos says that the man has not confessed to killing Eaton, but that “it’s only a matter of time; we are close to solving this case.”

He also clarified that despite reports, police have not yet made an arrest, but he expects that the suspect will be officially charged “sometime tomorrow, we hope.”

Eaton, a molecular biologist working as a research leader at the Max Planck Institute in Dresden, German, was visiting Crete to attend a conference at the Orthodox Academy of Crete when she went missing. She was last seen on July 2 playing the piano in the lobby of the hotel holding the academic conference.

Eaton’s family suspected she had gone missing during one of her daily runs. Most of her possessions––including her phone, passport, watch, cash––were later found in her hotel room, with just her running shoes and running shirt missing.

Police later confirmed that Eaton’s cause of death was asphyxiation, and that her body was discovered wrapped in burlap. According to the police, there were no sign of sexual assault.

Eaton’s body was discovered 7 miles from her hotel in a man-made cave that was reportedly dug by Nazi troops occupying Crete during World War II.

The 59-year-old mother of two was married to British scientist Tony Hyman. She was born in Oakland, Calif. and received her undergraduate degree in biology from Brown University and a Ph.D. in microbiology from the University of California, Los Angeles, according to her Max Planck Institute biography.

On a memorial site, Eaton’s son Max remembered his mother as a “remarkable woman,” who “managed to live a life with few regrets.”

“I have many fond memories of her and my father playing duets together, filling our home with a beautiful, joyful sound that was unique to them, and I shall forever cherish the memory of lying on the floor, watching and listening to the thing that brought them together,” he posted.

Eaton’s sister posted that she was too great for her legacy to be defined by her murder.

“My memory will be one of pure joy and gratitude, of love and admiration for an arm in arm sister, a closest confidant, a strong, kind, brilliant, selfless human being who made indelible contributions to science and added immeasurable beauty to our lives.” she wrote. 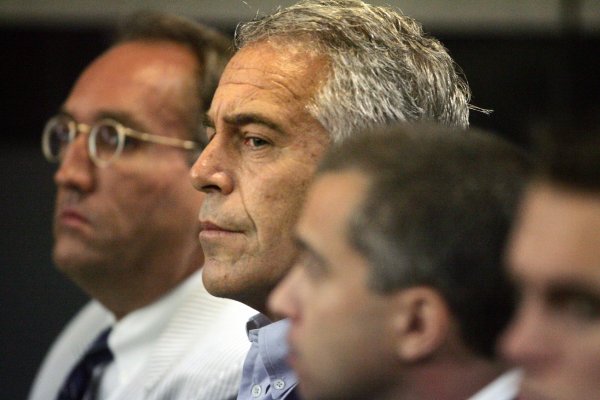 Epstein Lawyers Ask Judge If Fund Manager Can Be Freed on Bail
Next Up: Editor's Pick