More U.S. Teenagers Are Trying to Lose Weight Than in Years Past. That May Be Reason for Concern

Recent years have ushered in a wellness movement that emphasizes body positivity and holistic health over thinness and crash diets. But new federal data suggest that messaging hasn’t fully changed behavior yet. In fact, the report shows that more American teenagers are trying to lose weight than in years past.

From 2013 to 2016, almost 38% of American adolescents ages 16 to 19 said they had tried to lose weight during the past year, according to a report from the U.S. Centers for Disease Control and Prevention’s (CDC) National Center for Health Statistics. That’s up from about a quarter of adolescents who said the same a decade ago, according to previous research.

Rising childhood and adolescent obesity rates likely play a part in the increase, especially since the NCHS data showed that more than three-quarters of adolescents with obesity tried to lose weight. But weight-loss attempts outpaced increases in adolescent obesity, according to CDC data. Obesity rates among adolescents ages 12 to 19 climbed from 18.4% to almost 21% from 2009-2010 to 2015-2016.

Far more girls than boys reported trying to lose weight in the latest report: around 45%, compared to 30% of boys. Hispanic teenagers of both genders were more likely to say they had tried to lose weight compared to black, white and Asian youths.

Dr. Sarah Armstrong, an associate professor of pediatrics who researches adolescent obesity at the Duke University School of Medicine, says the increase suggests that despite cultural efforts to de-emphasize weight loss in favor of overall wellness, “there has really not been a shift in the social stigma and weight bias against people who are heavy,” Armstrong says. “Teenagers experience this, maybe even more so than adults, because they are still developing their image of self.” A study published July 16 in Obesity Science and Practice supports that theory, finding that younger people, and especially those who began struggling with their weight early in life, were more likely than others to internalize weight bias and stigma, which can damage health and self-esteem.

When teenagers try to lose weight, they mostly rely on traditional tactics, the NCHS data show. More than 83% said they had exercised in hopes of losing weight, followed by about 50% each who said they had consumed more water and less food.

But, Armstrong points out, the continuing rise in youth obesity rates suggests “the increased efforts to lose weight is not translating to weight loss. It should be a clear signal to all of us that we need to think about the systems and environmental-level drivers of obesity, and recognize that individuals won’t solve the problem alone.” Meaningful reductions in adolescent obesity will likely require better physical activity and nutrition programs at schools, more moderate use of technology, and substantive efforts from the food industry to improve nutrition and food quality, Armstrong says.

In addition, Armstrong cautions that even seemingly healthy behaviors, like working out and cutting back on calories, can quickly spiral into unhealthy territory, especially for teenagers. Eating disorders are thought to be most common among adolescents, and the American Academy of Pediatrics suggests that doctors and families avoid focusing on weight issues in teenagers, because doing so can promote disordered eating.

“An increased focus on being healthy is a good thing,” Armstrong says. “But what we know, particularly in teenagers, is that their focus on weight and particularly weight loss tends to be in an unhealthy way. A focus on trying to be healthier and get to a healthier weight is important, but I worry about the methods.” 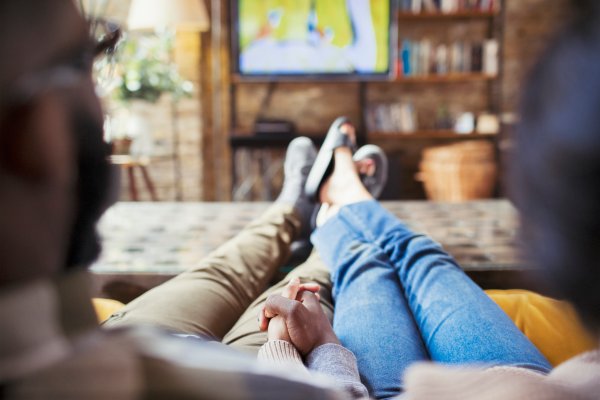 Sitting Is Bad for Your Health, But Not All Types of Sitting Were Created Equal
Next Up: Editor's Pick