Another Canadian Citizen Has Been Arrested in China

Canada’s foreign ministry confirmed that the unnamed person is receiving consular services, according to the New York Times.

Relations between the countries have been strained since two Canadians were detained in China in December. Their arrest was believed to be a retaliatory move for the arrest of Huawei’s CFO, Meng Wangzhou, in Vancouver at the request of U.S. authorities over alleged Iran sanctions violations.

The Canadians, ex-diplomat Michael Kovrig and entrepreneur Michael Spavor, have been charged with espionage.

The latest arrest happened around the same time that China detained several foreign students and teachers on drug-related charges in the eastern Chinese city of Xuzhou. At least four are Britons, according to the Times.

It is unclear if last week’s detention is related to the drug case, or was meant to put pressure on Canada. In addition to arresting Canadian citizens, China has also responded with economic pressure. Imports of Canadian beef and canola oil were halted after Meng’s arrest, according to the Times.

Canada is not the only nation whose citizens are being targeted by Beijing’s detainee diplomacy. Last month, a Chinese-American executive at Koch Industries was held and questioned for several days. The State Department has issued a warning about China’s “exit bans” against dual-national citizens.

Canada’s Prime Minister Justin Trudeau asked President Donald Trump to discuss the release of Kovrig and Spavor with China’s leader, Xi Jinping, when he met Xi at the G20 Summit in late June, reports the Times. It is not known if Trump raised the issue with Xi.

“We hope that the Canadian side will not be too naïve,” Geng Shuang, a spokesman at the Chinese Ministry of Foreign Affairs, said in response to Trudeau’s request to Trump, according to the Times. “Canada shouldn’t naïvely think that gathering so-called allies to put pressure on China will work.” 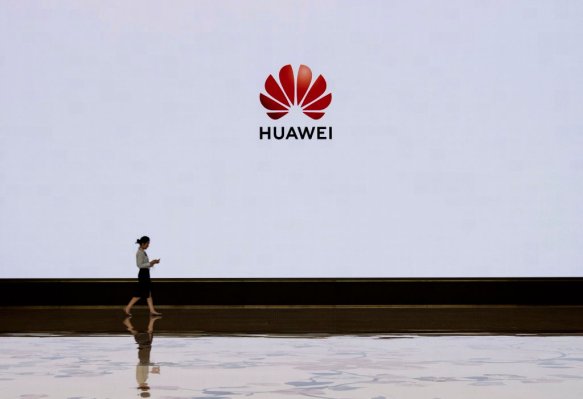 U.S. Companies Are Finding Ways to Work Around Trump’s Huawei Blacklist
Next Up: Editor's Pick