On Dec. 11, 2018 Reuters reported that a former Canadian diplomat has been detained in China after the CFO of Huawei was arrested in Canada.
Richard Sharrocks—Getty Images
By Josh Wingrove / Bloomberg

(Bloomberg)—The International Crisis Group says it’s looking into reports that one of its staff, a former Canadian diplomat, has been detained in China.

In a written statement, the group said it’s aware of reports that Michael Kovrig is being held. Kovrig worked previously as a Canadian diplomat in Beijing, Hong Kong and at the UN in New York, before joining the group last year, according to his company biography. Reuters news agency is reporting Kovrig has been detained, citing two unnamed sources.

“We are doing everything possible to secure additional information on Michael’s whereabouts as well as his prompt and safe release,” the think tank said in a written statement. A spokeswoman declined further comment.

The development comes amid an ongoing bail hearing for Huawei Technologies Co.’s Chief Financial Officer Meng Wanzhou, who was detained in Canada on Dec. 1 at the request of U.S. authorities. Chinese officials have expressed outrage at the case and observers have warned about the risk of retaliation.

Prime Minister Justin Trudeau’s government has distanced itself from the detention of Meng, saying the country’s justice system is independent and there wasn’t any political involvement in the case. A spokesman for Canadian Foreign Minister Chrystia Freeland didn’t immediately have any comment on the case.

On its website, the International Crisis Group calls itself “an independent organisation working to prevent wars and shape policies that will build a more peaceful world.” 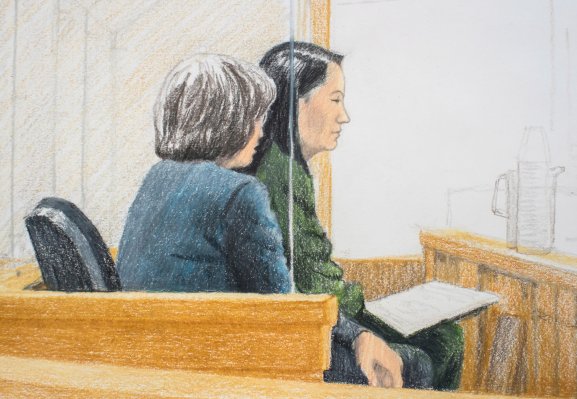 Why Arrest of Huawei CFO Is Such a Big Deal
Next Up: Editor's Pick