Here's What Tropical Storm Barry Looks Like From Space

Tropical Storm Barry is currently gaining strength in the Gulf of Mexico about 90 miles south of the mouth of the Mississippi River, the NHC says, with maximum sustained winds of 40 miles per hour by Thursday afternoon. Barry is expected to become at least a Category 1 hurricane before it makes landfall, likely early Saturday morning, along the Louisiana coast.

The National Oceanic and Atmospheric Administration (NOAA)’s GOES-16 weather satellite captured these images of Tropical Storm Barry from space on Friday. While not yet a hurricane, Barry is beginning to take on the classic shape and spin of one:

Even though Tropical Storm Barry is set to make landfall as a Category 1 hurricane — the lowest category on the Saffir–Simpson scale — it still poses a significant threat to life and property.

The category system only takes into account a storm’s wind speed, not its storm surge or other flooding risks. And Louisiana has already been struggling with severe flooding this week, a situation that any hurricane will exacerbate, regardless of its rating.

“There is a danger of life-threatening storm surge inundation along the coast of southern and southeastern Louisiana where a Storm Surge Warning has been issued,” reads the NHC’s latest Tropical Storm Barry forecast discussion. 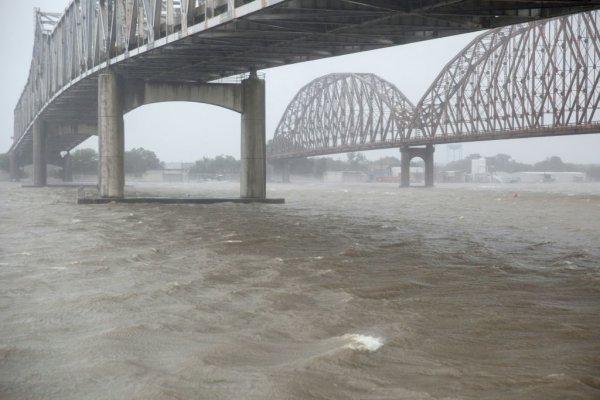 Tropical Depression Barry Continues to Pelt the South
Next Up: Editor's Pick