A squadron of Swiss fighter pilots caused a stir on Saturday when they performed a fly-by over a local yodeling festival instead of the event they were scheduled to appear at.

A spokesman for the Swiss Defense Ministry has apologized for a navigational error made by the Patrouille Suisse — the Swiss air force’s aerial display team — that led to the squadron mistakingly flying over the 31st Northwest Yodeling Festival in Mümliswil rather than a celebration taking place in the nearby municipality of Langenbruck, the birthplace of Swiss aviation pioneer Oskar Bider.

The spokesman told German newspaper Neue Zürcher Zeitung that the jets were not equipped with GPS technology, according to the BBC.

The fly-by was meant to take place over an event celebrating the 100th anniversary of the death of Bider, who became the first person to fly over the Alps in both directions in 1913. But the squadron ended up nearly 4 miles off course after the team leader spotted a tent for the yodeling festival in Mümliswil.

Not to worry, though, according to the BBC, the yodeling festival attendees reportedly enjoyed the unscheduled flyover. 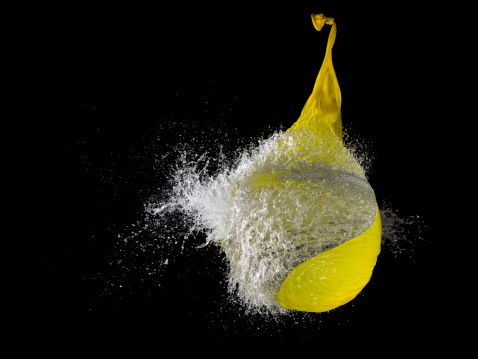 Ambitious Man Goes Underwater in a Massive Water Balloon That Bursts Spectacularly
Next Up: Editor's Pick