Those in the vicinity of Luke Air Force Base in Arizona looked up to see an unusual mark in the sky Tuesday afternoon: an air trail resembling male genitalia.

The skywrite was left by F-35 fighter jet pilots that were conducting a training exercise, CNN reports, and officials say it was the innocent result of a simulated dogfight.

The spokesperson added that there was “no nefarious or inappropriate behavior” during the training flight.

Social media users were quick to react to the curious contrail.

The Lockheed Martin jets are among the world’s costliest military assets, known for their stealth capabilities that President Trump has said makes them “literally invisible.”

This isn’t the first time a suggestive outline has been drawn in the skies.

A full-scale investigation was launched after two Navy pilots left a phallic drawing in the skies in 2017. According to the Navy Times, one pilot said to the other, “You should totally try to draw a penis.”

In 2014, Royal Air Force (RAF) pilots in Scotland drew a similar image in the sky, but denied that it was intentional. 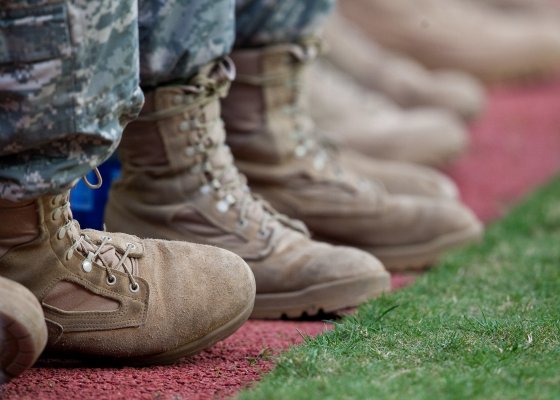 Vets Give Painfully Honest Answers to Army Question
Next Up: Editor's Pick