Demonstration against the goverment's decision to close Radio Radicale, the historic radio station of the Radical Party, in front of the Parliament organized by the National Federation of the Press on May 28, 2019 in Rome, Italy.
Stefano Montesi—Corbis via Getty Images
By Julia Webster

Every morning for more than two decades, thousands of listeners across Italy tuned in to Radio Radicale to hear the iconic voice of journalist Massimo Bordin hosting the daily newspaper review. But when the news of his death was announced on April 17, it came at an especially difficult time for the Rome-based radio station: after 47 years on air, Radio Radicale was already at risk of being shut down. For many, the move seemed to be part of a wider populist campaign against the media. Now, weeks on, the question of its future is still deepening divisions in Italy’s government.

The dispute over Radio Radicale, a political radio station that broadcasts live parliamentary debates and court cases alongside its political shows, has furthered a schism between the two coalition partners that currently govern Italy: the anti-establishment Five Star Movement (M5S) and the increasingly influential far-right Lega (League) led by minister of the interior Matteo Salvini. It was back in April that Italians launched into a national debate over the station, after M5S leader and economy minister Luigi di Maio announced the government, which partly funds the station, would not renew the station’s funding and authorization to broadcast live during parliamentary sessions.

The turning point in the debate came when the League, which does not share many of Five Star’s anti-establishment values and is gaining supporters, sided with the opposition instead. On June 13, the Italian parliament, helped by support from the League, voted to keep the state-funded radio station afloat for the rest of 2019 in defiance of M5S’s wishes. In response to the decision, di Maio said Radio Radicale is “a private political radio station paid for with your money. We are proud to have opposed it.” He added: “The League will have to explain why they have supported this indecent proposal.”

Meanwhile the League’s Salvini, a former reporter himself, told journalists: “I try to defend everyone’s freedom of expression, including that of Radio Radicale, which has accumulated a large cultural heritage, of archives and experience.”

“It would be a shame to wipe it out with the stroke of a pen,” he said, in a news conference after the June 13 vote.

The anti-establishment M5S, which started out in 2009 with a blog written by a famous comedian called Beppe Grillo, was founded on the idea that traditional media will eventually be made redundant by the internet. Its leaders communicate predominantly through Twitter and Facebook, where they have repeatedly attacked the press in the name of defending “the people” against the establishment. Last year, some members called journalists that criticized the party “jackals” and “whores”.

“It’s not surprising that M5S have voted against the financing,” says Salvatore Vassallo, professor of politics at the University of Bologna. “However Five Star are completely isolated when it comes to this issue. In Italy’s political history, the financing of party newspapers has played a very important role.”

On the other hand, the League’s position on this issue “is not typical of the populist anti-establishment parties, because it’s not really an anti-establishment party,” Vassallo says. Founded in 1989, two decades before M5s, the League (formerly Northern League) held ministerial positions is all three of Silvio Berlusconi’s governments. Unlike M5S, the party has run its own newspaper and radio station for decades thanks to government funding. Salvini himself worked the League’s radio station, Radio Padania Libera. Its daily newspaper, La Padania, closed in 2014 when it ran into financial trouble.

The debate over Radio Radicale’s financing reflects the changing balance of power within the government, partly because of the League’s increasingly dominant position since the European Parliament elections in May, where it emerged as Italy’s largest party, overtaking the Five Star Movement. “Perhaps if the political balance between the League and Five Star had been different, they wouldn’t have made such a big thing about it,” Vassallo tells TIME. “But [The League’s] determination to vote against the government in this way, emphasises Five Star’s inferiority in government.” On June 26 the coalition showed yet more divisions as the government delayed setting itself a lower deficit target for 2020.

Radio Radicale was founded in 1975 as part of Italy’s left-wing Radical Party, which, although it never reached high shares of the vote and never participated in government, had close relations with other leftist parties. It was the first radio station in Italy to focus entirely on politics and broadcast live parliamentary sessions, a service recognized as a public service by the state. “It brought the voices of lawmakers into Italian homes for the first time,” says Alessio Falconio, the radio’s editor-in-chief. The public service preceded that of the U.K., where permanent radio coverage of Parliament was granted in 1978, and the U.S., where regular live broadcasts of Congress began in 1978.

Around 300,000 Italians tune in daily for updates on the latest political developments. “Many of our listeners are journalists, lawyers, magistrates and university professors. But also people who are just interested in politics and what goes on in the country’s institutions,” Falconio says. Over the decades Radio Radicale has accumulated an extensive archive of political and judicial proceedings, including the biggest trials in Italy’s recent history, such as the trial of former prime minister Giulio Andreotti, who survived claims he helped the Mafia after a long trial that ended in 1990. “Radio Radicale is your history,” Senator and former defence minister Emma Bonino told lawmakers in April. “It’s the heritage of the last 40 years of our country’s political history.”

The threat to the station’s existence sparked a huge outcry, with one lawmaker being admitted to hospital in May after going on a hunger strike in an effort to save it. A petition asking the government to review its decision to suspend funding and broadcasting permissions gathered 174,000 signatures on change.org, and even an association of 114 criminal law professors signed a letter expressing their “serious concern” and highlighting the “fundamental public service the radio has provided for decades.”

It is not the first time the Five Star Movement has tried to legislate against the press. Last year Di Maio threatened to pull advertising by state-owned companies from Italian newspapers, which increasingly depend on these. “Newspapers are polluting the public debate every day and the worst is that they are doing it with public money,” he wrote on Facebook. He also cut back on media spending from the annual budget, which led the Council of Europe to reprimand the party for its “policy of abolition of public subsidies to the press” in a report about press freedom.

So far, Radio Radicale has managed to escape relatively unharmed. Some lawmakers, and the radio itself, are calling for the government to organize a competitive tender for the public service it provides. Meanwhile, with the League’s growing influence threatening to break the coalition and tensions with Brussels mounting over the country’s public spending, loyal listeners will be tuning in to follow the country’s political developments. 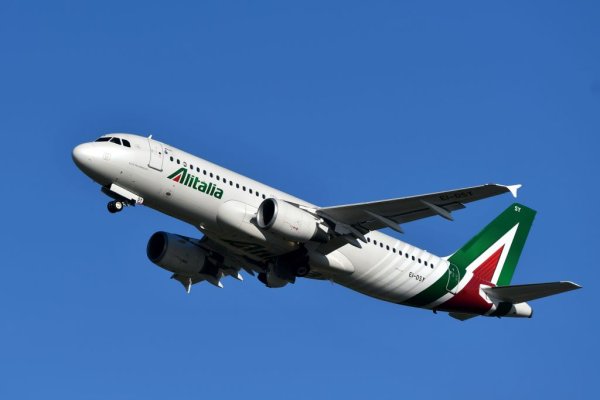