Following criticism, Nike is canceling the release of a Fourth of July sneaker featuring the Betsy Ross flag — a flag with a ring of stars representing the original 13 colonies during the American Revolution.

The Wall Street Journal reports that Nike pulled the sneaker after former NFL quarterback Colin Kaepernick and others criticized the use of the flag.

“Nike has chosen not to release the Air Max 1 Quick Strike Fourth of July as it featured an old version of the American flag,” a Nike spokesperson said in statement to TIME. When asked to clarify Kaepernick’s involvement in the decision, Nike did not comment.

Now Nike is facing further criticism by customers offended by the decision to cancel the shoe’s sale and by Kaepernick’s alleged involvement. It might also have jeopardized Nike’s plans to build a new facility in Arizona.

Mystery surrounds the actual origins of the 13-star flag known today as the Betsy Ross flag. The story many are told as school children is that Ross, a well respected Philadelphia seamstress, created the circular 13-star design as the very first American flag for General George Washington during the American Revolution — but that likely didn’t actually happen. The famous story of her designing the first American flag didn’t become mainstream until about 100 years later.

At the Museum of the American Revolution in Philadelphia, Jeff Bridgman, an antique American flag collector, lecturer and researcher, is currently exhibiting 40 revolution-era flags all featuring a unique 13-star design.

According to Bridgman, the Flag Act of 1777 designated 13-stars and stripes as the official American flag, but its design was open to interpretation. The Flag Act reads:

“Absent was any sort of explanation of what this constellation was supposed to look like,” Bridgman writes in a summary about the museum exhibit. “This fact persisted and for the first 135 years of the existence of our flag, the star pattern was left up to the whims of the maker.”

Though illustrations of Ross sewing the flag can be seen in elementary school textbooks, today some have reinterpreted the flag as representative of the slave-era of American history.

According to the Wall Street Journal, a 2016 Michigan chapter of the NAACP said the flag was being appropriated by white supremacist groups, leading a school superintendent to apologize for the flag being flown at a high school football game.

After Nike announced the shoe design, criticism of using the Betsy Ross flag has been widespread on social media by users who say the flag represents an era of slavery in American history. Additionally, the NAACP said the flag has been used by groups “responding to America’s increasing diversity with opposition and racial supremacy.”

“Can’t wait for the Confederate Air Max 90s,” wrote one user on Instagram after blog Sneaker News shared a photo of the Nike shoes. Another user wrote of the time in which the flag was made, “I wasn’t free yet.”

Later in the day, Nike clarified its decision to pull the shoe from sales.

“We regularly make business decisions to withdraw initiatives, products and services,” according to an email to Bloomberg. “Nike made the decision to halt distribution of the Air Max 1 Quick Strike Fourth of July based on concerns that it could unintentionally offend and detract from the nation’s patriotic holiday.”

Kaepernick has been a Nike Ambassador since 2011 and he became the face of the “Just Do It” campaign in 2018, two years after Kaepernick’s last season with the NFL where he became a controversial activist for kneeling during the National Anthem in protest of police brutality. 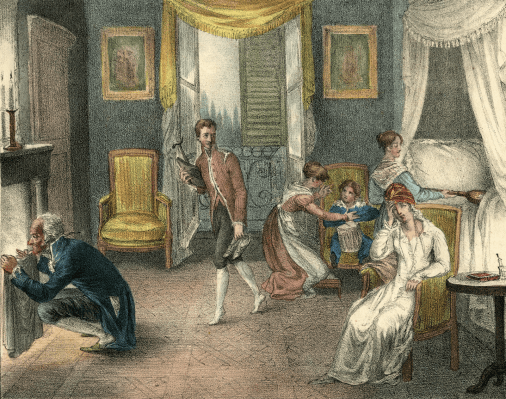 How a Nurse With a Hole in Her Skull Changed The Medical History of Migraines
Next Up: Editor's Pick