Nike has pulled a pair of sneakers intended to commemorate the Fourth of July after reported insight from Colin Kaepernick about the shoe’s design.

According to a report from the Wall Street Journal, the Air Max 1 sneakers featured the early American flag that many attribute to Betsy Ross. In fact, it’s commonly referred to as the “Betsy Ross flag.” This early version of the American flag featured 13 red and white alternating stripes and 13 stars in a circle design, symbolizing the 13 original U.S. colonies.

The sneakers’ release this week was canceled after Kaepernick, a former NFL quarterback, activist and Nike ambassador, reportedly weighed in on the flag design as potentially offensive because of its connection to an era of slavery. The WSJ also reported that the early flag has also been co-opted in recent years by some white nationalist groups.

“Nike has chosen not to release the Air Max 1 Quick Strike Fourth of July as it featured the old version of the American flag,” a Nike spokesperson said in a statement to TIME.

Nike’s decision to pull the shoe was not without controversy. Arizona governor Doug Ducey wrote a series of tweets criticizing the sportswear giant’s decision to not release the shoe, including withholding incentive dollars to open a manufacturing plant outside of Phoenix.

Senator Ted Cruz also took to his Twitter to slam the brand for pulling the shoe.

Others however, supported Kaepernick’s reported insight and Nike’s decision not to release the design. 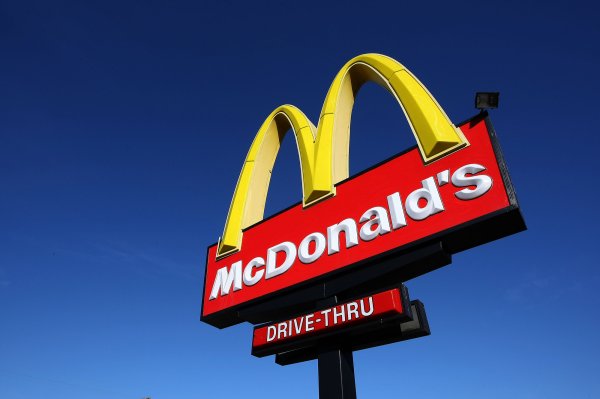 Vetements Hosts the Runway Show at McDonald's to Keep Their Trolling Reign Going
Next Up: Editor's Pick