Magic is on the loose, and it’s up to wizards to cover it up before muggles figure out what’s going on. Harry Potter: Wizards Unite is the latest mobile game from Niantic, the team behind Pokémon Go, where players venture out into the real world, team up with other wizards, and battle the forces of darkness.

Whenever you’re playing a Niantic game, the first thing you should do is turn off augmented reality (AR). Most of your time in Wizards Unite is spent walking around collecting “foundables”—magical objects that have escaped the Wizarding World to wreak havoc on muggles. AR lets you “see” these objects in your environment using your phone’s camera. But it also drains your battery and, especially on older phones, makes it harder to catch those objects.

In Harry Potter: Wizards Unite, there’s a switch to turn off AR in the upper right hand corner of the capture screen. Do that to save yourself both hassle and phone battery life.

You’ll cast a lot of spells in Harry Potter: Wizards Unite. Taking down foundables and battling Deatheaters requires a quick flick of the finger across the screen to trace symbols and cast a spell. The power of the spell is determined by how well it’s cast. It’s always best to trace spells as quickly as possible. The speed you cast determines the quality of the cast, while tracing accurately gives bonus points.

Check in regularly, even if you can’t move around

Wizards Unite encourages movement. Like Pokémon Go, the more you physically explore your area, the more you’ll discover. But it also understands you’ve got a life. You’ll always get more items and foundables by taking a long walk, but checking into the app every hour or so often reveals new stuff that has spawned nearby. It’s a good trick for when you’re stuck at school or at work. A quick walk around the block will yield even more objects, of course.

Prioritize portkeys and get your steps in

Portkeys are teleports to unique places in the Wizarding World. They offer some of the best items and most fun activities in the game, but you have to unlock them by walking around. The easiest portkeys unlock after you’ve walked 10 kilometers, or just over six miles — but you have to have the app open for those steps to count. It’s tempting to opt out of the activity, but don’t. The exercise is good for you and the rewards are some of the best in the game.

Inns keep you going, so don’t neglect them

Casting spells costs magical energy, and the easiest way to replenish that energy is at inns. On the map, they’re squat little houses that players can enter to refill their energy by casting glyphs. Each inn also delivers a unique reward based on its location, indicated by their color. We wizards haven’t quite figured out all the details yet, but green inns seem to spawn in rural areas and offer the best rewards. Inns are also where you’ll build dark detectors later in the game, which let you spawn higher-level challenges.

You can beat early fortresses on your own

Fortresses are hard to miss — they’re large and spooky towers that stand out on the map. Enter them to complete wizarding challenges and earn lots of experience points. Each fortress includes a number of chambers, each with its own set amount of enemies. The challenge is timed: defeat all the enemies in a chamber before time runs out and you win. From there, you can unlock a new chamber and keep going, or retreat to gather resources. Fortresses seem intimidating, and they’re designed to be played with multiple wizards. But don’t let that scare you off. A single wizard can tackle a lot of chambers, especially early in the game.

At level six, wizards get to pick a profession that helps them specialize. Each profession comes with its own skill tree, and is strong against one type of enemy but weak against another. Wizards can switch between professions, but in the early game it’s best to pick one and focus. Here’s the breakdown:

Harry Potter himself leads the Aurors, the Ministry of Magic’s dark wizard hunters. Aurors are glass cannons, meaning they can do a lot of damage but they also take a lot of damage. They’re strong against dark forces, but weak against beasts.

Hagrid leads the Magizoologists, a group of supportive wizards whose spells help the team. At high levels they can even resurrect a defeated fellow wizard. Magizoologists are strong against beasts and weak against curiosities.

Professor McGonagall leads the Professors, a balanced group of wizards who can do a little of everything. Their mix of support and damage spells makes them ideal for the solo players. Professors are strong against curiosities and weak against dark forces. 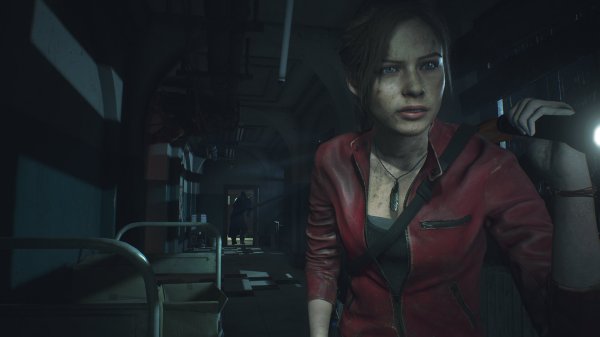