Here's How to Play Pokémon Go

The Pokémon franchise has already proven to be a smash hit on Nintendo’s handheld consoles, and now it’s dominating smartphones, too. Pokémon Go, which launched for iOS and Android on July 6, is already larger than Tinder and is on its way to surpassing Twitter’s daily active user count.

The game is unlike anything Pokémon fans have seen in the past. The app uses augmented reality to make it seem like Pokémon are actually in your surroundings, meaning you may see a Pikachu standing on the sidewalk or a Pidgey peeking out from behind a tree. While the faces may seem familiar to fans, the gameplay is actually very different from other Pokémon-themed games.

Here’s what you need to know to get started with Pokémon Go, which you can download here for iPhone and here for Android.

What is Pokémon Go, and how do I play?

The goal in Pokémon Go is to catch as many Pokémon as possible, then battle them at gyms. The key factor that makes this smartphone game different than past Pokémon titles is the way in which this concept is executed.

In Pokémon Go, you move your character by walking around in the physical world. The game uses your phone’s GPS coordinates to move your in-game avatar, which means you need to explore different areas in the real world to find wild Pokémon and other goodies.

If you want to catch a wild Pokémon that appears in your path, simply tap it. This will put the creature in your field of view, using the camera on your phone to make it look like the Pokémon is actually standing or hovering in front of you. From here, you can fling a Pokéball at it to catch it by swiping up from the bottom of the screen.

How do I get more Pokéballs and other items?

Pokéballs are easy to come by in Pokémon Go: you can get them at nearly every Pokéstop you visit. Pokéstops are real-world locations that are marked on the game’s map as a circle with a Pokéball in the center.

When approaching a Pokéstop (i.e. a park, a store, a street mural, etc.), tap the aforementioned symbol on the map to visit it. This usually only works when you’re present at the location specified on the map. While some nearby Pokéstops may appear on your map, you can’t actually check in and collect items unless you travel there.

Once you tap the Pokéstop symbol, spin the circle that appears on screen to gather items like Pokéballs, potions, incense, and eggs. You can also buy Pokéballs and other items through in-app purchases.

Why do I need these items?

This gear make it easier to catch Pokémon and heal your Pokémon after a battle. Some of them will seem familiar to those who have played the Pokémon games for Nintendo’s handheld consoles.

Below is a brief description of some of the most common items you’ll come across at Pokéstops:

Pokéballs: These are used to catch wild Pokémon.

Potion: This is a type of medicine that restores your Pokémon’s health by 20 points. Potions come in handy for healing your Pokémon after gym battles.

Revive: As its name implies, this type of medicine revives a Pokémon that has fainted in battle. It also restores half of its health.

Incense: Incense can be used to lure wild Pokémon to your location.

Eggs and Egg Incubators: Eggs, which can sometimes be found at Pokéstops, eventually hatch to become new Pokémon. If you come across an egg, be sure to use the Egg Incubator in your items list. An egg hatches after you’ve walked a certain distance. This distance varies for each egg. Some eggs, for example, will hatch after walking five kilometers, while some will hatch after two kilometers. The longer it takes for the egg to hatch, the rarer the Pokémon inside.

How do gyms work in Pokemon Go?

In a friendly battle, you enter a match at a gym that’s already claimed by your team. You can tell which team currently owns a gym by its color (red, yellow, etc.) Battling at a friendly gym gives you experience points, which helps you level up. But it benefits the gym as well: the more you train, the more Prestige that gym earns. Prestige is a unit of measurement that determines the level of a gym: the more Prestige a gym has, the higher the level. Gyms at higher levels are capable of holding more Pokémon to defend it from rival teams.

During a rival battle, you challenge the various Pokémon currently housed there to claim that gym for your own team. This involves battling all of the Pokémon that rival team trainers have left at the gym to defend it. The higher the gym level, the more Pokémon you’ll have to defeat to claim that gym.

Gyms that are open for any team to claim will appear as gray on your map. To claim an open gym, enter the gym by tapping it and press the “Add Pokémon” button near the bottom of the screen. This Pokémon will remain at the gym to defend it, and will only be returned to your roster once it’s been defeated.

How do I level up and train my Pokémon?

To evolve your Pokémon or make them more powerful, you’ll need to give them stardust or candy. These items are collected whenever a Pokémon is caught.

Each type of Pokémon requires a specific amount of candy to evolve. A Squirtle, for example, might need 25 pieces of candy to evolve, while a Pidgey needs 12. Each Pokémon comes with a certain amount of candy when you catch it, but it’s not typically enough to evolve a Pokémon or power it up significantly. (Candy is specific to each species, so you can only evolve a Squirtle with candy obtained from capturing Squirtle. Stardust, however, is not specific to individual Pokémon.)

Candy or stardust can be used to increase a Pokemon’s CP, or combat points. The more combat points a Pokémon has, the better it will perform in battle. 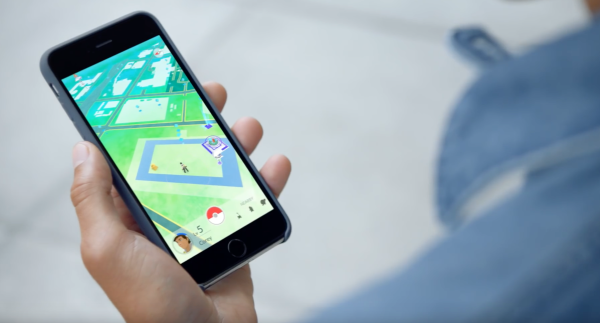 How 'Pokémon Go' Took Over the World
Next Up: Editor's Pick