Taylor Swift’s very public feud with music manager Scooter Braun over her music catalog has become the stuff of tabloid gossip, with several stars taking sides. But the dispute raises big questions about the struggle for many artists to own and profit from the music they create.

Braun’s company, Ithaca Holdings, bought the record label that controls Swift’s back catalog, Big Machine Label Group, as part of a $300 million deal, Billboard reported. The catalog comprises the masters, which are the recordings of a song from which subsequent copies are made, of Swift’s first six albums, from her 2006 self-titled debut to Reputation, released in 2017. Swift left Big Machine last year for Universal Music Group’s Republic Records.

“For years I asked, pleaded for a chance to own my work. Instead I was given an opportunity to sign back up to Big Machine Records and ‘earn’ one album back at a time, one for every new one I turned in,” Swift wrote in a Tumblr post on Sunday. “I walked away because I knew once I signed that contract, Scott Borchetta would sell the label, thereby selling me and my future.”

The still-unfolding dispute has offered a peek into the complexities of the music industry. By giving some transparency, Swift, who has previously spoken out about the unfair treatment of artists by record labels, raises awareness of how difficult it can be for an artist to gain control of their intellectual property, according to attorney Jason Boyarski, who handles entertainment and media cases.

Swift’s struggle to regain control over her masters continues a longtime trend of artists who have battled to own the work they created. Paul McCartney settled a lawsuit with Sony/ATV Music Publishing LLC in 2017, after he tried to regain copyrights to the Beatles catalog in a decades-long battle for ownership. Prince, who was known for protecting the copyrights to his work, notably fought with Warner Bros. over the right to his masters in the 1990s.

Prince was famously quoted in a 1996 Rolling Stone article as saying, “If you don’t own your masters, your master owns you.”

“It was a means to assure the control of how he wanted his art to be exploited in the market,” says Boyarski, who oversaw Prince’s estate following the artist’s death in 2016.

Swift’s protest is unlikely to have an immediate change on the way record labels handle contracts with artists. But it could push other musicians with less power within the industry to fight to gain control of their work, says Robert Baldori, an attorney and musician who has represented Chuck Berry, among many notable performers.

Berry, an “astute businessman,” was able to control much of his catalog because he had a knack for understanding the complex terms of his contracts, Baldori says. For artists just starting out or signing to record labels as teenagers, that business acumen is typically missing, allowing companies to take advantage.

“It’s always been a dogfight,” he says. “It’s good that someone with that much clout is standing up and talking about it—it would be great if the ones that have leverage got together and lobbied for fair regulations.”

Artists who are just starting out are typically negotiating with labels that have handled contracts for decades, according to Baldori. “As time passes, it gets more unfavorable to the artist. You’re walking in without any leverage, and you don’t know a thing,” he says.

While many artists are better informed in terms of what’s at stake, they aren’t exactly more savvy about negotiating well with labels because it requires a certain level of expertise, Baldori says. One example of an artist who managed to make the system work is the rapper Macklemore, Baldori says. Macklemore rose to fame after putting out music on his own and then leveraging his fan support to negotiate a better deal for himself.

The issue gets further complicated because of the impact of technology on the music industry. Younger artists can bypass contract negotiations by putting out their music on their own, whether on YouTube or through crowdfunding efforts.

Amanda Palmer is one of the artists who was able to bypass the record labels, Baldori says––skipping the more traditional avenues to success. Palmer has a massive following on Patreon and other platforms and sells out shows, despite not being well known in the mainstream. Artists like that, who are “huge online” but unheard of elsewhere, are growing by the dozens, and all are making money through independent means, like merchandise and live shows, Baldori adds.

“There are dozens of artists making millions in their own silos,” he says says. “The business was a lot more unified 30 or 40 years ago.”

The sale of Swift’s catalog to Braun cut into personal beefs, with the singer saying she was bullied by Braun. The push by Swift prompted loud support on social media and divided the pop music world, particularly among Braun’s clients.

“This is my worst case scenario. This is what happens when you sign a deal at fifteen to someone for whom the term ‘loyalty’ is clearly just a contractual concept,” Swift wrote on Tumblr. “When I left my masters in Scott’s hands, I made peace with the fact that eventually he would sell them. Never in my worst nightmares did I imagine the buyer would be Scooter.”

Braun did not immediately respond to a request for comment.

In a statement released Sunday, Borchetta said he texted Swift about the sale of Big Machine ahead of the announcement, and noted that Swift’s father, Scott Swift, was a shareholder in the label company and was alerted to deal on June 25. He also refuted Swift’s claim that Big Machine said she could buy back her albums, and included a screenshot of a different proposed deal in which Swift asked for a seven-year-deal in which the label would assign ownership of her music to her. Big Machine agreed to the terms, but asked for a 10-year period. 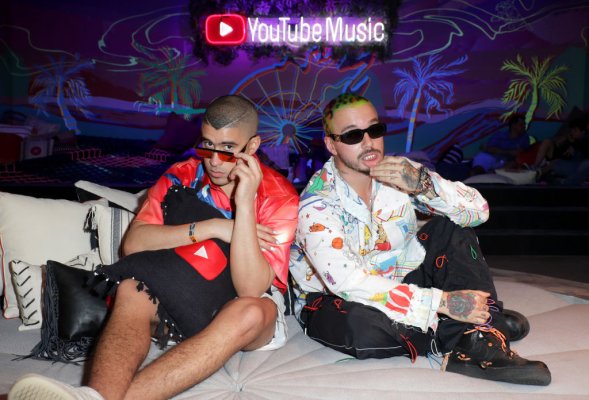