What We Know About Prince's Estate One Year After His Death

When Prince died one year ago, on April 21, 2016, he left behind a purple ocean’s worth of questions. From the cause of his death and whether criminal charges might be filed to the fate of his unreleased recordings and the estate for which he left no will, the past year has provided as many new questions as it has answers.

New documents unsealed on Monday reveal details about the investigation into the circumstances surrounding his death, at 57, to an overdose of fentanyl. But the investigation is likely to be drawn out further, as prosecutors take their time to determine with certainty how, and from whom, Prince obtained his prescription medications. We have learned more about whether we can expect to hear unreleased music and what will become of his multimillion-dollar estate. But these matters — as we have seen with the estates of other high-profile musicians, like Michael Jackson and Jimi Hendrix, who died without a will — could take years to iron out.

Here is what we know now about the state of Prince’s estate, one year later.

MORE: It’s Been Nearly a Year Since Prince Died. Investigators Still Have Questions

Because Prince died without a will, his estate is subject to a much higher rate of taxation than it would have been had he set up trusts for relatives or charitable causes. In January, the estate was required to file its first tax payment, which estimates put in the range of $100 million, or somewhere in the vicinity of half its total value. According to Billboard, it is subject to a federal tax of 40% and Minnesota state tax of 16%.

The remainder of the estate is likely to be split equally among Prince’s six siblings. What is owed to the government should be able to be paid over time—which, according to an inventory of his estate reported by the Minneapolis Star Tribune, should come as a relief. Despite the total value of the estate, a relatively limited amount exists in liquid assets like bank accounts and gold bars. Much of the rest is tied up in properties (around a dozen), copyrights and trademarks, and items like musical instruments that have not yet been valued.

The proceedings have bred some discord between the siblings, who disagreed over who should serve as a co-personal representative for the estate, serving as a go-between between them and the permanent administrator (formerly Bremer Trust, now Comerica Bank & Trust N.A.). Prince’s sister Tyka Nelson and half-brother Omarr Baker argued in favor of civil rights lawyer and commentator Van Jones, a friend of the late musician’s who had advised him on his philanthropic efforts and helped broker a 2014 deal with Warner Bros. His other four half-siblings petitioned for entertainment lawyer L. Londell McMillan, who had helped extricate Prince from his Warner Bros. deal in the 1990s in addition to negotiating more recent deals.

One of the open questions following Prince’s death was whether Paisley Park, his 55,000-square-ft. estate in Chanhassen, Minn., might become a museum. A year later, its future as a Graceland-style destination is clear — not least because it’s now being run by the same company, Graceland Holdings, that runs that Memphis museum. Managing partner Joel Weinshanker told the Star Tribune that his team is taking guidance from notes and comments Prince himself made about Paisley Park’s future as a museum, and that 40,000 visitors have come through for tours and dance parties since doors opened in October after a multimillion-dollar renovation.

Weinshanker’s team has begun archival work to preserve approximately 7,000 so-called “royal items,” including clothing and instruments, and they are planning future programming such as concert series and nonprofit music education, as well as a possible on-site hotel. He believes Paisley Park could soon become second only to Graceland in annual visitors to a musician-focused museum.

But first, Graceland Holdings faces its biggest test yet: a multi-day event, Celebration, planned around the anniversary of Prince’s death, featuring concerts, discussions and tours. According to the Star Tribune, as many as 2,000 fans from 28 countries have purchased tickets, which range from $499 to $999.

When Prince died, fans who wished to grieve by listening to his back catalog could only do so if they actually owned it — or subscribed to Tidal, the one service he allowed to stream his music. In 2015, Prince pulled all of his music from streaming services like Spotify and Apple Music, several years after telling the Daily Mirror, “I don’t see why I should give my new music to iTunes or anyone else. They won’t pay me an advance for it and then they get angry when they can’t get it.”

His request that his music be removed from these services was in keeping with his long history of fiercely protecting the copyrights to his work, from his contractual battles with Warner Bros. in the 1990s to his complicated relationship with the Internet as a mechanism for distribution: first an early adopter, later a staunch critic. In 2007, he served legal notices to fan websites that used his likeness without permission. In 2014, he filed a suit for a combined $22 million (which he later dropped) against 22 bootleggers.

Despite all of this, Tidal’s exclusivity expired on Feb. 12, 2017, and a large portion of Prince’s music became available to stream on Spotify, Apple Music and other services that same day. Although Prince had signed an exclusivity deal with Tidal in 2015, his estate sued the company last year, claiming that it only had exclusive rights to the artist’s 2015 album HitnRun. It’s hard to imagine that Prince would have been pleased by this development, but fans craving easy access to his vast oeuvre certainly are.

The fate of Prince’s back catalog feels like small potatoes compared to the trove of unreleased music he left behind. Brent Fischer, a composer who worked with Prince for 30 years, told The Guardian he estimates that 70 percent of the music they collaborated on was never released — enough songs to constitute dozens of albums, if not more. Prince presumably had reasons for keeping these recordings not just private but practically barricaded. He did, after all, keep them in an underground vault that Rolling Stone describes as “a climate-controlled room hidden behind a steel door straight out [of] a bank, complete with a time lock and large spinning handle. For an extra dash of mystique, only Prince had the combination.”

It’s likely Prince considered some of the unreleased music unworthy, some of it unfinished and some of it better served by some future project. But without a will to dictate what should happen to it, the safekeeping of the vault is vulnerable for a variety of reasons. There are those who believe Prince’s legacy will be enhanced by the release of additional music, those who clamor for more of the Purple One’s genius even if it pales in comparison to releases he signed off on and, at the most fundamental level, those who see in those thousands of hours of recordings a guaranteed windfall.

Perhaps unsurprisingly, then, our first glimpse into that vault is mere months away. When Warner Bros. announced that Prince’s back catalog had returned to streaming services, it also announced plans to remaster Purple Rain and issue two albums of unreleased songs from the vault and two concert films on June 9, 2017. Though little is known about what the new albums will include, the label announced in a press release that it is “committed to upholding Prince’s high creative standards.” These albums follow the inclusion of a previously unreleased song, “Moonbeam Levels,” with Prince 4ever, a greatest hits compilation that went on sale last November.

Another new EP, Deliverance, is due to drop on April 21, though its announcement promptly met with a lawsuit from Prince’s estate. The EP consists of six unreleased songs written by Prince and Paisley Park engineer Ian Boxill between 2006 and 2008, when Prince was not attached to a record label. According to Variety, Boxill completed the recording and mixing of the songs after Prince’s death. Though Boxill claims ownership of the tracks, the lawsuit asserts that Boxill is violating an agreement made with Prince that the recordings would belong exclusively to Prince. The title track, Deliverance, has been released in advance of the EP drop and can be heard on Soundcloud.

As for future releases, there are several players in the sandbox. In November, Universal Music Publishing Group became the exclusive worldwide publishing administrator for the artist’s catalog of released and unreleased songs — although last week the Wall Street Journal reported that Universal may try to nullify the deal because some of the music rights appeared to conflict with Warner Bros. rights. In January, Global Music Rights won performance licensing rights, meaning that it will collect songwriting royalties for songs played on the radio and online services and at public performances.

It’s fair to assume we’ll be hearing a good deal more of the vault’s contents in the years to come. And for those itching to hear his biggest hits live, his band the Revolution has a mini-tour planned for later this month. All five original members will reunite for four shows, with a setlist that heavily features Prince’s most popular songs. 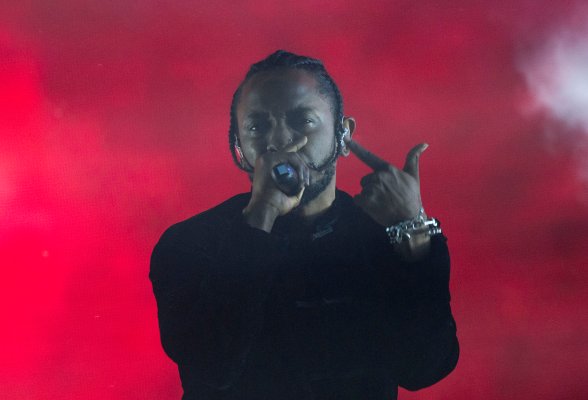