An activist leaves the Georgia Capitol after Democratic presidential candidate Sen. Kirsten Gillibrand addressed an event to speak out against the recently passed "heartbeat" bill in Atlanta, Georgia on May 16, 2019.
JOHN AMIS—AFP/Getty Images
By Jamie Ducharme

Lawyers for Planned Parenthood, the American Civil Liberties Union and the Center for Reproductive Rights filed a lawsuit Friday challenging a forthcoming Georgia law that would ban abortions as early as six weeks into a pregnancy.

The lawsuit marks the latest effort by women’s health advocates to push back on a recent string of policies meant to restrict abortion access in U.S. states.

In filing the lawsuit, the groups hope that a judge will decide that Georgia’s law is unconstitutional and block it from taking effect as scheduled on Jan. 1, 2020. The lawsuit was filed in U.S. District Court in Atlanta on behalf of abortion rights groups, as well as their doctors and patients.

“As an abortion provider, as an educator, and as an advocate, Planned Parenthood vowed to fight this dangerous ban every step of the way. Today we take that next step,” Planned Parenthood Southeast CEO Staci Fox said in a statement. “By filing this lawsuit, we are defending the rights of our patients and we are lifting up the voices of countless Georgians who were ignored this legislative session. Abortion is still safe, legal, and available in Georgia, and we plan to keep it that way.”

A representative from Georgia Attorney General Chris Carr’s office said they cannot comment on pending litigation. But in previous statements, Gov. Brian Kemp has said he is undeterred by likely legal challenges to the ban, which he signed into law in May. “I realize that some may challenge it in the court of law,” Kemp said at the time. “We will not back down. We will always continue to fight for life.”

Georgia’s so-called “heartbeat law,” which bans abortions after a fetal heartbeat is detected, is one of several recent legislative efforts to restrict abortion access. (None of these policies have yet gone into effect, and abortion remains legal at the federal level under the landmark abortion rights ruling Roe v. Wade.) Louisiana, Ohio and Mississippi have also advanced heartbeat bans in recent months, and Missouri passed a ban on abortions starting at the eighth week of pregnancy. In May, Alabama passed a near-total ban on abortions, setting it up to have the nation’s strictest limit on the procedures.

Planned Parenthood and other reproductive rights groups have been vocal about their intentions to challenge these bans in court, and the Georgia lawsuit delivers on that promise.

Planned Parenthood is also currently engaged in a contentious legal battle in Missouri, where the fate of its St. Louis health center—the state’s last abortion provider—has been ensnared in a messy license renewal dispute. A hearing commission there is expected to decide Friday whether the clinic can continue providing abortions while the appeal process unfolds. 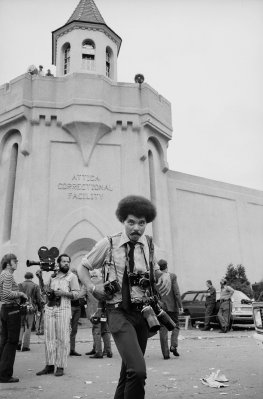