Bianca Cameron-Schwiesow, from left, Kari Crowe and Margeaux Hartline, dressed as handmaids, take part in a protest against HB314, the abortion ban bill, at the Alabama State House in Montgomery, Ala., on Wednesday April 17, 2019. (Mickey Welsh/The Montgomery Advertiser via AP)
Mickey Welsh—The Montgomery Advertiser/AP
Ideas
By Robin Marty
Marty is the director of operations at West Alabama Women’s Center and the author of The New Handbook for a Post-Roe America.

The state of Alabama has now passed the nation’s most restrictive abortion law – one with no exceptions for survivors of sexual assault or any medical need less dire than “immediate death or substantial physical impairment” or any fetal anomalies that aren’t lethal. Six months from now, when the law goes into effect, a doctor who terminates a pregnancy at any point after conception could face up to 99 years in prison.

This new law, which Republican Governor Kay Ivey signed on Wednesday, comes directly on the heels of a series of states passing similarly restrictive “heartbeat” bans (bills that make abortion illegal after a fetal pole shows cardiac activity, usually one to two weeks after the point at which a pregnant person has missed a period). Given that many women don’t even know they are pregnant at this point in gestation, these bills, signed into law in Kentucky, Mississippi, Ohio and most recently Georgia, are also essentially total abortion bans too and also contain very limited exceptions.

The continuing escalation of legislative extremism combined with the whirlwind of states introducing even more bills have many Americans either convinced that abortion is already illegal in certain states or frantically planning for a not-too-distant future where abortion means traveling across multiple states for legal care or hiding a pregnancy from the public and then aborting in secret and risking jail. The years 2020 and beyond could look alarmingly like 1972 – and very few are eager to head so far back in time.

But for this very moment, even though the Alabama law is indeed extreme and an indication of how far anti-abortion opponents are willing to take things when they are in power, nothing has changed, and nothing will change anytime soon. Like the series of so-called “heartbeat” bans that passed before it, the near-total abortion ban in Alabama will never go into effect as long as Roe v. Wade continues to be the law of the land. Because of Roe’s precedent, a state cannot ban abortion outright prior to the point of viability – a time when a fetus is likely to survive outside the womb with medical support, which is currently viewed as being around 24 weeks gestation. Banning it in the first trimester has never been upheld by a federal or state Supreme Court, despite efforts in North Dakota, Arkansas, Iowa, Kentucky and Mississippi so far. While some appeals continue to work their way through the court system, these laws remain enjoined and abortion is still legal in those states.

While abortion opponents would obviously love to see these bans enforced immediately, that’s not their real goal: What they really want is for Court to take up a case that will allow it to revisit Roe and overturn it, letting each state decide on its own whether abortion is legal. If the Supreme Court is ready to do that – and a recent ruling from the Court shows that it has very little issue tossing decades of precedent aside – then it doesn’t really matter that Alabama has passed a complete and total ban. Any one of the existing cases pending Supreme Court review would act just as easily as a vehicle for the Court to overturn Roe.

And while the reversal of Roe is often discussed by pro-choice advocates as a doomsday scenario, there’s actually a chance that the Supreme Court chooses not to overturn it at all but still produces disastrous outcomes. That is where the proliferation of so-called “heartbeat” laws comes into play. As the state of Mississippi has made clear in their arguments supporting the ban, they believe that a “heartbeat” should be viewed as a new way to declare an embryo or fetus viable, rather than survival outside the womb. “As opposed to a vague and constantly shifting concept of ‘viability,’ detection of a fetal heartbeat is an objective milestone, and also an extremely accurate indicator of the likelihood a fetus will survive until birth,” the Mississippi Attorney General wrote in the state’s legal defense. A federal court will hear those arguments on May 21.

If conservative lawyers can get the Supreme Court to agree that a cardiac activity should replace the traditional definition of viability, and that banning abortion from that point is not a violation of Roe, that could then allow the states that have passed “heartbeat” bans to essentially block all access to abortion without officially overturning Roe, with even more states likely to follow close behind. The effect would be nearly identical to a reversal of Roe without actually upending precedent at all.

Even with all of these alarm bells ringing, there is some optimism in the fact that the Supreme Court has chosen not to take up any abortion-restriction cases yet, despite the fact that there are already four major abortion cases waiting in the wings for their review. It could be because of a reticence to overturn settled precedent. Or it could be a more cynical, politically motivated desire to not make any big decisions that could potentially influence the 2020 presidential election – as Whole Women’s Health v. Hellerstedt seemed to in 2016 when a summer ruling upholding abortion rights motivated social conservatives to vote for President Trump in droves in order to fill more court seats.

Until they do take up a case and theoretically rule that states can decide for themselves whether to allow a person to terminate a pregnancy legally, abortion is available in every state – yes, including Alabama. It’s available even now that the bill has been signed into law, and it will be available for the six months that follow until it goes into effect. It will even be available after that, because there is no doubt that the bill is a direct violation of Roe and cannot be upheld in court as constitutional.

Abortion is still legal in every state in America, and it will be for the immediate future. And if there is any silver lining, it is the fact that while these extreme abortion bans are being passed, they continue to be blocked in the lower courts, making them ineffective at stopping any legal abortions today. While conservative states are trying hard to force the Supreme Court to take up Roe, they have quieted their efforts on bills that were actually more likely to be upheld by judges – bills that imposed mandatory waiting periods or unnecessary restrictions that clinics struggled to comply with, like demanding that clinics have hallways of a certain width or physicians with local admitting privileges. When clinics can’t fulfill these requirements, they sometimes close as a result. And when that happens, patients have to travel farther or wait longer for an appointment, often finding that abortion is technically legal but functionally inaccessible to them.

Abortion is still legal, and until the Supreme Court rules otherwise, those who support that right need to work on keeping it as accessible as possible. Donate to clinics and funds on the ground and legal groups that will challenge these laws, work with political groups that will lobby against these bills and for new legislation that will reverse this trend. Demand that candidates address this issue if they want your vote, and invest your money or time in organizations that work to get out the vote and especially that fight voter suppression. And educate yourself – about who has abortions and why, the difficulties of accessing clinics, the undeniable safety of early abortion (especially when compared to giving birth) and the way the right uses false claims of “born alive” infants or “fetal pain” to work toward a total abortion ban that will put women’s lives in danger.

The end of Roe v. Wade isn’t quite here yet, but that doesn’t mean we can afford to be complacent. We must use today’s energy to minimize the damage when and if it comes. 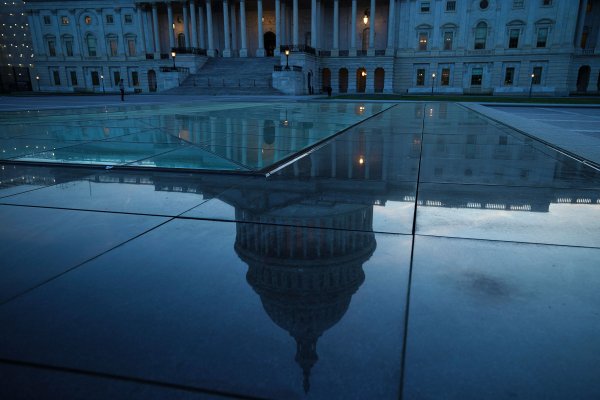 Why the World Wants Democracy but Not Necessarily the American Version
Next Up: Editor's Pick