Reddit Places a 'Quarantine' on The_Donald, Its Largest Community of Trump Supporters

Reddit has placed a “quarantine” on the subreddit The_Donald, one of the most popular online communities for supporters of President Donald Trump, saying it found users posted comments to the forum which threatened violence against the police and public figures.

The subreddit became well-known during the 2016 election as a gathering place for ardent fans of the then-candidate Trump. Trump even hosted an AMA (Ask Me Anything) question-and-answer session on the subreddit.

While the subbreddit has long had a reputation for pushing the boundaries of Reddit’s content policy, some recent comments that related to a political standoff in Oregon appear to have gone too far. Several commenters on The_Donald allegedly threatened to violence against the Oregon State Police, who have been tasked with bringing Republican lawmakers- who have gone into hiding to avoid a vote on a climate bill – back to the state Capitol.

A Reddit spokesperson explained the site’s decision to take action in a statement.

“We are clear in our site-wide policies that posting content that encourages or threatens violence is not allowed on Reddit. As we have shared, we are sensitive to what could be considered political speech, however, recent behaviors including threats against the police and public figures is content that is prohibited by our violence policy. As a result, we have actioned individual users and quarantined the subreddit.”

Under the site’s rules, “quarantines” require users to opt-in in order to view content that many people may view as “highly offensive or upsetting” or promotes hoaxes. The subreddit moderators can appeal a quarantine, but must provide a plan to change community moderation and enforce rules.

“The comments in question were never reported to the moderators as breaking the rules by other users and the Reddit admins did not reach out to us before this action as is the usual modus operandi. Nevertheless, those comments do not represent the community as a whole,” Sublimeinslime wrote.

They also shared an email which they said had been sent from Reddit. The email said that Reddit has “observed repeated rule-breaking behavior” in the community, as well as an “over-reliance on Reddit admins to manage users and remove posts that violate our content policy.” The email said that the most recent example of the problem are “encouragement of violence” towards Oregon police and public officials.

Sublimeinslime and other commentators on the subreddit also wrote that the community, overall, has strongly supported police officers.

The moderator and other users also echoed recent claims that tech giants such as Google, Twitter and Facebook have unfairly targeted conservative users for censorship.

“The censorship of The_Donald is part of a broad campaign to completely silence support for the President before 2020,” wrote user johnnybonanza777.

Meanwhile, the quarantine has been welcomed by the subreddit’s critics, including writer Tristan Greene, who have argued that the subreddit clearly violated Reddit’s rules, as well as the typical guidelines that protect freedom of speech.

“The right to spread hate and violence on social media isn’t covered by the First Amendment: it’s not the government that should stop a subreddit from inciting violence, but Reddit itself,” he wrote on The Next Web on June 24. “The company should exercise its protected right not to associate with people it doesn’t want to. And no decent person or company should have anything to do with anyone who thinks those who disagree with their politics, in a democracy, should be murdered.” 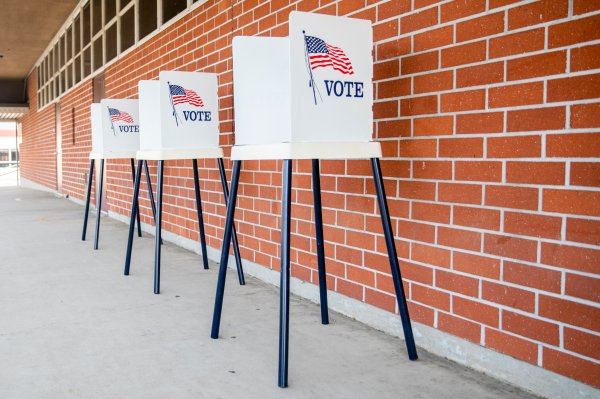 Ask Your Questions to TIME 100 Honoree Desmond Meade in a Reddit AMA
Next Up: Editor's Pick