Oregon is poised to pass sweeping legislation to fight climate change. But before the bill can come to a vote, the Oregon State Police may need to track down the Republican state senators.

On Thursday, the Democrat governor of Oregon ordered state troopers to find the 11 Republican state senators and take them back to the capitol. The senators went into hiding to stop the state’s senate from reaching the quorum needed to vote on a carbon cap and spend bill, the Oregonian reported. If passed, the bill would set statewide greenhouse gas emissions reductions goals and charge polluters for their emissions.

The search began on Thursday morning when the Senators failed to show up for an 11 a.m. session. Senate President Peter Courtney, a Democrat, asked the sergeant at arms to search the capitol city for the legislators. Their effort was unsuccessful. At least a few of the legislators are believed to have left the state, according to the Oregonian.

“Protesting cap and trade by walking out today represents our constituency and exactly how we should be doing our job,” said Baertschiger. “We have endured threats of arrest, fines and pulling community project funds from the governor, senate President and majority leader. We will not stand by and be bullied by the majority party any longer. Oregonians deserve better. It’s time for the majority party to consider all Oregonians – not just the ones in Portland.”

Gov. Kate Brown authorized the state police to search for the senators and to bring them back. In a statement Thursday, she said that the missing Senators had decided to “abandon their duty.”

“It is absolutely unacceptable that the senate Republicans would turn their back on their constituents who they are honor-bound to represent here in this building,” Brown said. “They need to return and do the jobs they were elected to do.”

The state police said in a statement that Brown’s order was “consistent with the provisions in the Oregon constitution,” and that the police are “fully committed to executing” her order.

“OSP is utilizing established relationships to have polite communication with these senators,” the statement said. “While we obviously have many tools at our disposal, patience and communication is and always will be our first, and preferred, option.”

Meanwhile, right-wing militia groups from across the region, including members of the groups Oath Keepers and the III% (Three Percent), have said that they’re working to protect the lawmakers.

“We’re doing what we can to make sure that they’re safe and comfortable,” said Eric Parker, the president of Real Three Percenters Idaho, according to the Daily Beast. Parker said that the group is communicating with the Real Three Percenters’ Oregon chapter about the senators.

In a Facebook post, Oregon Three Percent promised to do “whatever it takes to keep these Senators safe.”

A Oregon senate session scheduled for Saturday was cancelled after the Oregon State Police reported that they had received a “credible threat from militia groups,” according to a note from the Senate Democratic Caucus, the Salem Reporter said. The caucus asked Senators and their employees to avoid the building Saturday, but said that that the senate still plans to meet on Sunday.

Additionally, Republican Sen. Brian Boquist seemingly threatened to use violence against the state police on Wednesday.

“Send bachelors and come heavily armed,” Boquist said. “I’m not going to be a political prisoner in the state of Oregon. It’s just that simple.”

If the lawmakers are not caught, they face daily fines of $500, according to the Oregonian. 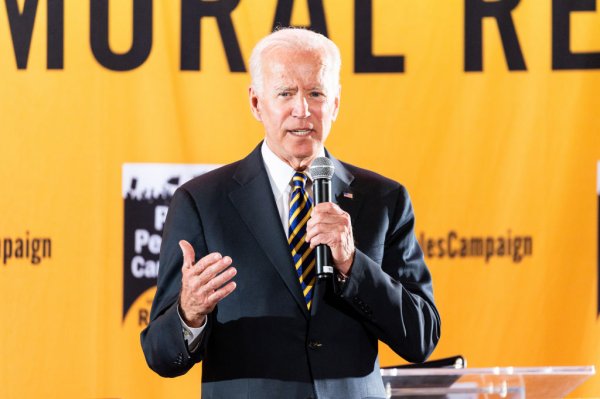 The Biden Pile-On Is Just Getting Started
Next Up: Editor's Pick