Robert Mueller Will Testify Publicly About His Investigation

Former Special Counsel Robert Mueller will publicly testify before Congress, under an agreement reached after two committee chairs issued a subpoena compelling him to do so.

Mueller will testify on July 17 in an open session before the House Judiciary Committee and the House Permanent Select Committee on Intelligence. The two chairs of those committees, Reps. Jerrold Nadler and Adam Schiff, announced Mueller’s appearance Tuesday evening. He will appear separately before both committees, according to a Congressional aide.

“Americans have demanded to hear directly from the Special Counsel so they can understand what he and his team examined, uncovered, and determined about Russia’s attack on our democracy, the Trump campaign’s acceptance and use of that help, and President Trump and his associates’ obstruction of the investigation into that attack,” Schiff and Nadler said in a joint statement.

Both committees had stated it was their utmost priority to hear from Mueller after he completed his two-year investigation into Russian interference into the 2016 election in March. Although they had been trying to procure his testimony since he handed his report to Attorney General William Barr, Mueller had indicated a resistance. At his only public appearance during his tenure as Special Counsel — right before he resigned — he said that, if compelled through a subpoena he would testify publicly, but that his comments would not extend beyond the report.

“[the report] contains our findings and analysis, and the reasons for the decisions we made. We chose those words carefully, and the work speaks for itself,” he said at the time. “The report is my testimony.”

In a letter accompanying the subpoena, Schiff and Nadler noted Mueller’s reluctance, emphasizing that it was now “necessary” to issue mandatory compliance. “Nevertheless, the American public deserves to hear directly from you about your investigations and conclusions,” they wrote. “We will work with you to address legitimate concerns about preserving the integrity of your work, but we expect that you will appear before the committee as scheduled.”

The attorney listed on the subpoena as representing Mueller did not immediately respond to request for comment. A spokeswoman for the Department of Justice declined to comment.

Within the Judiciary committee, both Republicans and Democrats were in favor of Mueller appearing, although the former seemed more hopeful it would be the final chapter. “I hope the special counsel’s testimony marks an end to the political gamesmanship that Judiciary Democrats have pursued at great cost to taxpayers,” Rep. Doug Collins, the top Republican on the committee, said in a statement. “May this testimony bring to House Democrats the closure that the rest of America has enjoyed for months, and may it enable them to return to the business of legislating.”

Democrats on the committee see it differently. After months of the Trump administration stonewalling their efforts to conduct oversight, they finally have procured a star witness that they believe will give them the public platform to highlight the President’s misconduct. “All of us on the Judiciary Committee want a fresh start,” said Rep. Jamie Raskin. “There has been an effort to propagandize the public with the idiotic mantra of no obstruction no collusion. Mueller’s appearance will give us the chance to clear away the propaganda and start to educate the public about what the real contents of the report are.” 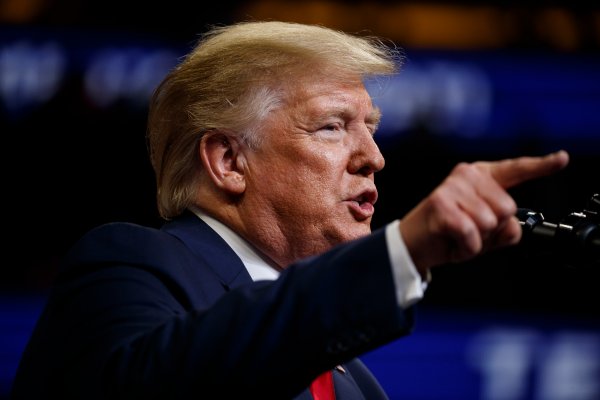 Here's How Some in Congress Want to Reclaim the Power to Declare War
Next Up: Editor's Pick