Adam Schiff's Memo Has Been Released. Here's What It Says

By Alana Abramson and Jamie Ducharme

Democrats on the the House Intelligence Committee on Saturday released a memo prepared as a counter to the one overseen by the committee’s chairman Devin Nunes that was publicized earlier this month.

Overseen by Rep. Adam Schiff, the ranking Democrat on the committee, the memo from the Democrats attempts to contextualize the Nunes memo, which argued that the FBI displayed bias in obtaining a FISA warrant for former Trump campaign adviser Carter Page. That memo alleges that the FBI failed to disclose Christopher Steele, who compiled the notorious Steele dossier, was working for Fusion GPS or the firm’s founder Glenn Simpson, and that Deputy FBI Director Andrew McCabe — who is stepping down —said the FBI would not have sought a warrant without the dossier.

The Democratic memo counters that the FBI did not omit such information when obtaining an application, that its rationale for obtaining a FISA warrant on Page was clearly laid out, and that the application for a warrant on Page came after he had terminated his association with the campaign. The memo also says that Steele’s findings in the dossier had no bearing on the FBI’s decision to initiate an investigation into Russian election interference and possible collusion with the Trump campaign, noting that the FBI had launched an investigation in July of 2016, and received Steele’s information that was contained in the dossier almost two months later.

The memo was released Saturday following negotiations between the Democrats on the committee and experts in the FBI and Department of Justice, according to a fact sheet provided by Schiff’s office. No new information has been declassified, and the portions the memo redacted contain classified information. The House Intelligence committee had voted to release the Democratic counter-memo earlier this month, but President Trump had previously declined to release it, sending it back to the committee on February 9. In a letter sent that day to the committee, White House Counsel Don McGahn said the President decided not to release the memo because it contained “numerous properly classified and especially sensitive passages,” but offered the Department of Justice to assist in reworking a draft that could meet standards for release.

The White House said in a statement that the President supported the release of the memo for transparency purposes, but called it a “politically driven document” that failed to answer the questions raised in the Nunes memo.

“This politically driven document fails to answer serious concerns raised by the Majority’s memorandum about the use of partisan opposition research from one candidate, loaded with uncorroborated allegations, as a basis to ask a court to approve surveillance of a former associate of another candidate, at the height of a presidential campaign,” White House Press Secretary Sarah Huckabee Sanders said in a response on Saturday. “As the President has long stated, neither he nor his campaign ever colluded with a foreign power during the 2016 election, and nothing in today’s memo counters that fact.”

The President followed with a tweet of his own nearly two hours later: “The Democrat memo response on government surveillance abuses is a total political and legal BUST. Just confirms all of the terrible things that were done. SO ILLEGAL!” he tweeted.

Trump’s tweet seemed to echo the sentiments of Nunes, who insinuated in his own statement Saturday that the points in the Democratic memo further vindicates his own.

“The American people now clearly understand that the FBI used political dirt paid for by the Democratic Party to spy on an American citizen from the Republican Party. Furthermore, the FISA court was misled about Mr. Page’s past interactions with the FBI in which he helped build a case against Russian operatives in America who were brought to justice,” the statement read. “It defies belief that the Department of Justice and FBI failed to provide information to a secret court that they had provided to an open federal court regarding their past interactions with Mr. Page.”

Write to Alana Abramson at Alana.Abramson@time.com and Jamie Ducharme at jamie.ducharme@time.com. 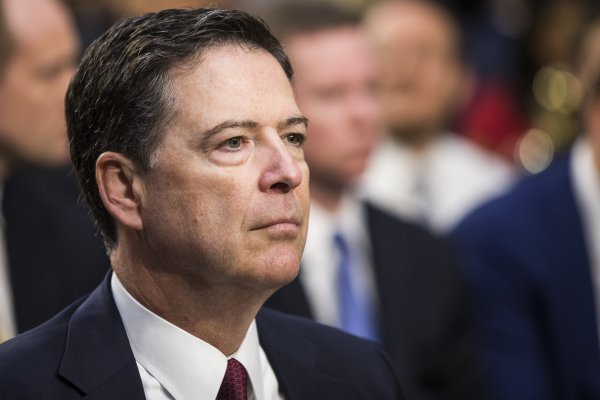