On June 21, the U.S. Food and Drug Administration (FDA) approved Vyleesi, a libido drug being hailed as the new “female Viagra.” On its surface, the move seems like a win for women’s sexual health—but it has reignited a debate over the role drugs should play in complicated issues like desire.

Vyleesi, which is made by AMAG Pharmaceuticals and known scientifically as bremelanotide, is the second drug approved by the FDA to treat hypoactive sexual desire disorder (HSDD), a condition that involves low sexual desire, and resulting distress or interpersonal issues, in premenopausal women. The first such medication, Addyi (flibanserin), was approved in 2015, but has so far proved disappointing in both sales and results; the FDA has continued to warn patients about safety concerns associated with the drug, thought it did relax some labeling restrictions this year.

Whereas Addyi is an oral medication that must be taken daily, Vyleesi is an injection that women self-administer to their thigh or abdomen at least 45 minutes before sexual activity. But like Addyi before it, Vyleesi’s approval has caused some experts to argue that female desire has been over-medicalized, and that drugs aren’t the best way to boost it at all.

“Desire is a complex issue that, as the science has shown, is not something that is an easy fix,” says Dr. Anne Katz, a Canada-based sexuality counselor who has written about drugs and female desire. “Addyi is a failure. I suspect this one will be too.”

The data the FDA used in its decision don’t sound especially compelling. In a pair of 24-week trials involving some 1,200 women with HSDD, about a quarter of women taking the drug reported a noticeable increase in sexual desire, compared to 17% of those taking a placebo. About 35% reported a drop in psychological distress related to their lagging desire, compared to 31% taking a placebo. Some experts feel these modest results point to the fact that female desire, which is intricately related to life circumstances, stress, relationship issues and other factors, can’t be boosted with drugs alone.

Kim Wallen, a professor of psychology and behavioral neuroendocrinology at Emory University who has studied female desire, argues that some women struggling with low interest in sex may have little inward motivation to use an injection like Vyleesi. While there are certainly women with HSDD who want a treatment, Wallen says he fears that others will feel “pressured to take the drug to engage in sex,” just to please a partner or meet societal expectations.

Not all experts feel this way, though. “The argument that this is not a biological issue, this is a lifestyle issue, is completely misguided,” says Dr. Leah Millheiser, the director of the Female Sexual Medicine Program at Stanford Health Care. Millheiser says her research on HSDD shows that women with the condition experience changes in brain activity independent of lifestyle factors, so both must be addressed. That said, there’s some debate around HSDD. Wallen, for one, says he doesn’t feel the data on HSDD are compelling enough to make that argument.

Millheiser acknowledges that Vyleesi’s effects aren’t huge, but she says even a small improvement can matter for patients.

“Is that small increase enough? The answer is absolutely, if the woman is acting on it and it’s improving her life and well-being,” Millheiser says. “I hope that the naysaying doesn’t scare women away from addressing this very important issue.” She also notes that female sexuality can’t be measured the way male desire is. Viagra either helps a man get an erection or it doesn’t; female libido drugs, she says, may have subtler results that might get lost in a clinical trial.

In a statement provided to TIME, a representative for AMAG emphasized the scientific rigor of the company’s studies, as well as the efficacy of its product. “In some recent news coverage of Vyleesi there has been a misperception around the meaningfulness of the improvements patients experienced with the drug,” the statement says. “Given the nature of the scale, even small improvements can have a significant impact on the patient’s experience. To put it into context, the effect size that we saw…[was] consistent with what has been seen with a number of anti-depressant and anti-anxiety drugs.”

The FDA has drawn criticism over Vyleesi’s approval, since it did not convene an expert panel to analyze the drug and moved forward without long-term safety data, the Washington Post reports. (AMAG says the 24-week trials had a voluntary, yearlong extension period to assess safety.) The FDA admitted in a statement that it isn’t totally sure how Vyleesi works, and recommended that women use the therapy no more than once per day and eight times per month. The agency also warned that it’s associated with side effects including nausea, vomiting, injection site pain and headaches, and is not recommended for those with blood pressure or cardiovascular issues.

Dr. Aaron Kesselheim, a professor at Harvard Medical School and a pharmacoepidemiology specialist at Brigham and Women’s Hospital who has studied FDA approval processes, says the lack of an expert panel and long-term data aren’t major red flags, at least within the context of the existing drug approval system. Advisory panels are convened for only a quarter to a third of drug approvals, he says, and about two-thirds of drugs are approved based on studies lasting six months or shorter. So at the very least, Kesselheim says, Vyleesi isn’t unique in those respects—but that doesn’t necessarily mean it’s a good drug.

“I think the most important thing is how the drug works and what sort of efficacy is demonstrated in the clinical trials,” Kesselheim says. “It doesn’t look like there was a substantial amount of efficacy identified in the trials.”

Wallen agrees that the efficacy data aren’t terribly impressive, and says he likely wouldn’t recommend that the average woman struggling with libido issues use Vyleesi, at least until there’s a more robust understanding of issues that hinder female sexuality.

“I’m glad people are asking the question,” Wallen says. “I just wish they were asking it in a much broader context.”

Correction: A previous version of this article incorrectly stated that the FDA heightened labelling regulations for Addyi. In fact, it relaxed labelling restrictions for the drug. 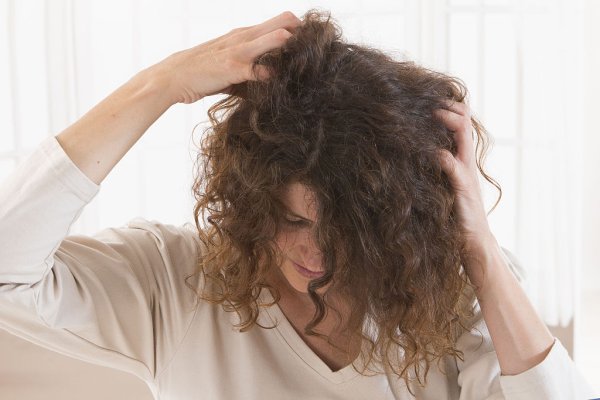 A Year After Approval, Migraine Drugs Are Changing Lives. But Insurance Battles Are Creating a Whole New Headache
Next Up: Editor's Pick