When someone sets out to improve their health, they usually take a familiar path: starting a healthy diet, adopting a new workout regimen, getting better sleep, drinking more water. Each of these behaviors is important, of course, but they all focus on physical health—and a growing body of research suggests that social health is just as, if not more, important to overall well-being.

One 2019 study published in the journal PLOS ONE, for example, found that the strength of a person’s social circle—as measured by inbound and outbound cell phone activity—was a better predictor of self-reported stress, happiness and well-being levels than fitness tracker data on physical activity, heart rate and sleep. That finding suggests that the “quantified self” portrayed by endless amounts of health data doesn’t tell the whole story, says study co-author Nitesh Chawla, a professor of computer science and engineering at the University of Notre Dame.

“There’s also a qualified self, which is who I am, what are my activities, my social network, and all of these aspects that are not reflected in any of these measurements,” Chawla says. “My lifestyle, my enjoyment, my social network—all of those are strong determinants of my well-being.”

Chawla’s theory is supported by plenty of prior research. Studies have shown that social support—whether it comes from friends, family members or a spouse—is strongly associated with better mental and physical health. A robust social life, these studies suggest, can lower stress levels; improve mood; encourage positive health behaviors and discourage damaging ones; boost cardiovascular health; improve illness recovery rates; and aid virtually everything in between. Research has even shown that a social component can boost the effects of already-healthy behaviors such as exercise.

Social isolation, meanwhile, is linked to higher rates of chronic diseases and mental health conditions, and may even catalyze cellular-level changes that promote chronic inflammation and suppress immunity. The detrimental health effects of loneliness have been likened to smoking 15 cigarettes a day. It’s a significant problem, especially since loneliness is emerging as a public health epidemic in the U.S. According to recent surveys, almost half of Americans, including large numbers of the country’s youngest and oldest adults, are lonely.

A 2019 study conducted by health insurer Cigna and published in the American Journal of Health Promotion set out to determine what’s driving those high rates of loneliness. Unsurprisingly, it found that social media, when used so much that it infringes on face-to-face quality time, was tied to greater loneliness, while having meaningful in-person interactions, reporting high levels of social support and being in a committed relationship were associated with less loneliness. Gender and income didn’t seem to have a strong effect, but loneliness tended to decrease with age, perhaps because of the wisdom and perspective afforded by years of life lived, says Dr. Stuart Lustig, one of the report’s authors and Cigna’s national medical executive for behavioral health.

Lustig says the report underscores the importance of carving out time for family and friends, especially since loneliness was inversely related to self-reported health and well-being. Reviving a dormant social life may be best and most easily done by finding partners for enjoyable activities like exercising, volunteering, or sharing a meal, he says.

“Real, face-to-face time with people [is important], and the activity part of it makes it fun and enjoyable and gives people an excuse to get together,” Lustig says.

Lustig emphasizes that social media should be used judiciously and strategically, and not as a replacement for in-person relationships. Instead, he says, we should use technology “to seek out meaningful connections and people that you are going to be able to keep in your social sphere. It’s easy enough to find groups such as Meetups, or to find places to go where you’ll find folks doing what you want to do.” That advice is particularly important for young people, he says, for whom heavy social media use is common.

Finally, Lustig stresses that even small social changes can have a large impact. Striking up post-meeting conversations with co-workers, or even engaging in micro-interactions with strangers, can make your social life feel more rewarding.

“There’s an opportunity to grow those kinds of quick exchanges into conversations and into more meaningful friendships over time,” Lustig says. “People should take those opportunities wherever they possibly can, because all of us, innately, are wired from birth to connect”—and because doing so may pay dividends for your health. 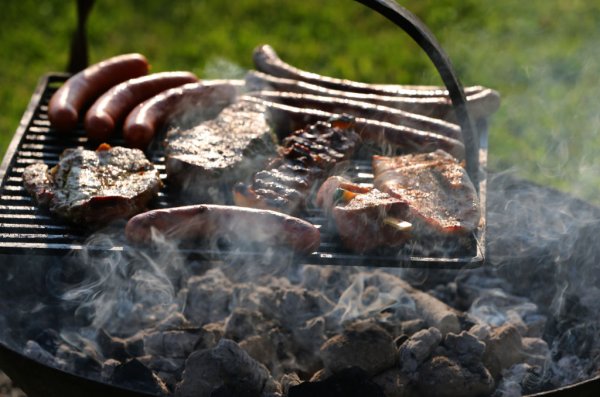