Exclusive: Trump Says the Mueller Investigation Hurt His Approval But Fired Up His Base

President Donald Trump‘s approval rating has never cracked 50% in Gallup polls, but he argues that it would be several points above that if it weren’t for Special Counsel Robert Mueller‘s investigation.

“Based on the economy, I should be up 15 or 20 points higher,” Trump told TIME, arguing that he has a natural base of 45% or 46%. “The thing that I have that nobody’s ever had before, from the day I came down the escalator, I have had a phony witch hunt against me … I think it’s cost me.”

As he prepared to formally kick off his 2020 re-election with a rally in Florida Tuesday night, Trump sat down with TIME in the Oval Office on June 17 to discuss his campaign, current tensions with Iran and other issues.

Trump is the only President in the history of Gallup polls to have never earned a majority approval rating for even a single day in office, and he was already at just 38% approval in May of 2017 when Mueller was appointed. At the same time, his support among Republican voters remains historically high, with a May poll by Gallup showing it at 87%.

But the President said that even though he believes Mueller hurt him overall, it also strengthened his connection with his supporters, who he believes are as angry about the investigation as he is.

“The witch hunt has made our base stronger,” Trump said in an interview in the Oval Office on June 17. “It’s made our people more resilient.”

After a 22-month investigation, Mueller found no evidence of a conspiracy involving the Trump campaign and Russia, although he declined to make a judgement about whether he obstructed justice with his response to the investigation. (Attorney General William Barr then determined that Trump did not obstruct justice.)

“What happened to me as President should never happen to another President again,” Trump said. “I really believe that there are very few people [who] could have taken it.”

Still, Trump stressed that he was confident about his campaign.

“I think we have more energy than the Democrats do by far,” he added. “I have never seen energy like I see right now.”

-With reporting by Brian Bennett, Massimo Calabresi and Edward Felsenthal/Washington 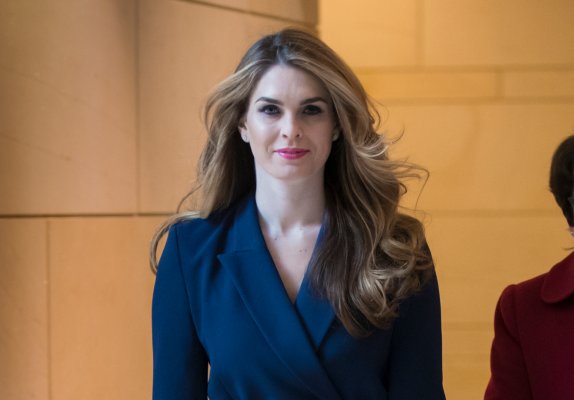 Hicks Refuses Even to Say Where She Sat in White House
Next Up: Editor's Pick