When British Olympian Dame Kelly Holmes finishes a race, she’s likely to run it all over again, but backwards.

The runner shared a video on Twitter after a recent Parkrun, a noncompetitive 5K run held across the U.K. for runners of all skill levels. In the clip, Holmes can be seen re-tracing her steps through the race, running back through the crowd of runners as a one-woman encouragement machine, doling out high-fives, cheering on the runners, and even re-crossing the finish line to inspire the other joggers.

“This is what happens after a lot of my Parkruns. I run backwards and cheer everyone on,” the two-time Olympic gold medalist captioned the video she shared. “I enjoy running because it makes me feel good and if I can inspire others to keep going as well it’s a win win.”

The video has since received over 19,000 likes at the time of publication with fans thanking Holmes for the inspiration. In addition to fans who found renewed drive, the runners completing their races, were seemingly excited to be on the receiving end of Holmes’ good sportsmanship: 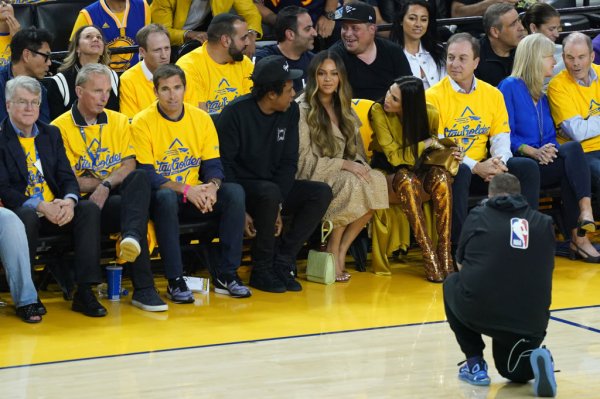 Here's What Nicole Curran Said to Jay-Z During Game 3
Next Up: Editor's Pick