'A Tree Falls the Way It Leans.' Tree That Appeared to Inspire Dr. Seuss' The Lorax Falls

The tree that is thought to have inspired Dr. Seuss to write The Lorax has fallen and we’re going to need some more Truffula seeds, stat!

The tree, a Monterey Cypress at Ellen Browning Scripps Park in La Jolla, California, stood throughout the 43 years that Seuss lived in a mountaintop home overlooking the park. It was estimated to be about 80 to 100 years old, Tim Graham, a spokesman for the San Diego Parks and Recreation Department, told CNN. City officials are reportedly looking into planting a replacement tree in the area.

“Though much of the scenery in La Jolla is reminiscent of Seussian-style illustration, the trees in The Lorax are particularly notable,” the La Jolla city website notes. “They belong to the fictional Truffula species in the book, but the real-life inspiration is called the Monterey Cypress and unique to the California coast.”

Seuss published The Lorax, a children’s book about the importance of being environmentally conscious, in 1971. He lived in La Jolla from 1948 until his death in 1991. 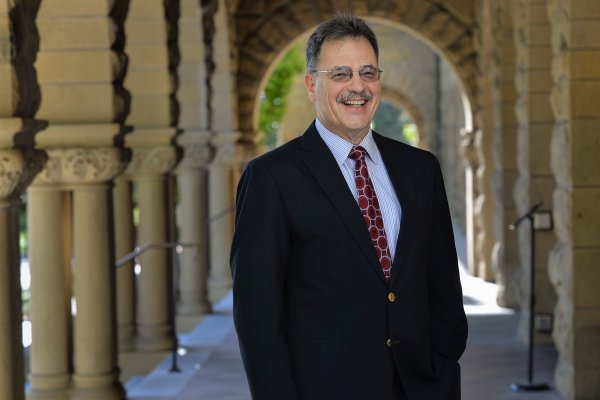 ‘It’s a Dark Period.’ The Stanford Expert Known as 'Mr. Democracy' on the Shrinking Free World
Next Up: Editor's Pick