This Is Why Arbor Day Is a Thing

Trees in Nebraska, after an ice storm, in the early 20th century.
Vintage Images / Getty Images
By Merrill Fabry

Nebraska was a largely treeless prairie region when, on April 10, 1872, it became the first state to celebrate Arbor Day by planting trees.

The celebration came a few months after J. Sterling Morton, a vice-president of the Nebraska State Board of Agriculture, first proposed to the Board that the day be set aside for tree planting and that they should offer a “special premium” or prize for the county and for the person that planted the most trees on that day. The Board approved his resolution. Reportedly, there were more than a million trees planted in the state that first year.

Julius Sterling Morton had moved to the Nebraska Territory in the mid 1850s with his wife, Caroline Joy Morton, and while he worked as a newspaper editor and politician, they both soon became known for their love of trees. An 1885 Nebraska State Historical Society biography describes the greenery at their home, known as Arbor Lodge, as including, “Flowers and flowering shrubs, and vines and evergreens in great abundance… trees of ornament and fruit, hedges and vines and flowers.”

Morton’s reasons for promoting the idea of Nebraskans planting trees were many. He always kept the underlying economic importance of trees in mind, and Shaul E. Cohen, in his book Planting Nature, quotes Morton’s reasoning for Arbor day as both a sentimental occasion for men to enrich themselves, and also an equalizing one since even the poorest landholder in the young state could plant a tree. (“The rain and sunshine and seasons will be his partners,” Morton said, “just as genially and gently as they will be those of any millionaire.”) And, as Nebraska’s Governor explained in his Arbor Day proclamation of 1883 — though the details of how that worked weren’t yet understood — it was held that planting trees could benefit the climate.

But Morton also believed that the beauty of trees was a reason unto itself: “To preserve beauty on the earth, beauty herself beseeches us to plant trees, and renew dead landscapes with the shadow and light of plant life flitting through the pendant limbs, the willowy boughs and the waving foliage of sturdy, yet graceful woods. Our ancestors planted orchards to fruit for us, and homes to give us shelter.”

Morton wasn’t the only one promoting tree planting at the time, but his idea for Arbor Day was quickly adopted in Nebraska and other states, and publicized through newspapers. Soon schools held planting ceremonies and read relevant passages from poetry and literature to mark the day. Arbor Day became a legal holiday in Nebraska in 1885 (April 22nd, to honor Morton’s birthday), and eventually expanded to the U.S. as a whole and even other countries. It’s perhaps not the most famous holiday on the calendar, but 145 years later people are still celebrating it by planting trees.

In 1893, he was made Secretary of Agriculture by President Grover Cleveland, and a few years later the Government Printing Office published a manual on the history and observance of Arbor Day. The report included addresses on the importance and meaning of the occasion from notables, information on how best to plant trees and selected excerpts of poetry and literature about trees. Its author, Nathaniel Hillyer Egleston, noted that “from being only a humble expedient of one of out Western States a few years ago, [Arbor Day] has become a national holiday and one of our most important institutions.” Egleston wrote that Arbor Day could not only teach students the importance of trees to the functioning of society, but also make them into “tree lovers. A tree sentiment will be created and established which will lead us to recognize and cherish the trees as friends.”

In 1907 President Theodore Roosevelt remarked on the occasion, which by then was an annual occurrence in every state, that “a people without children would face a hopeless future; a country without trees is almost as hopeless.”

A century after the holiday was first celebrated, the Arbor Day Foundation was created to continue encouraging people to plant and love trees, and President Nixon proclaimed National Arbor Day. Now the last Friday in April is National Arbor Day, which is when most but not all states celebrate it. Variations are also celebrated with planting all over the world.

Morton, for one, might not be surprised that his idea has endured for so long. In 1887, in an Arbor Day address at the State University at Lincoln, Neb., he noted the why Arbor Day was unusual among holidays: “Each of those reposes upon the past, while Arbor Day proposes for the future. It contemplates, not the good and the beautiful of past generations, but it sketches, outlines, establishes the useful and the beautiful for the ages yet to come.” 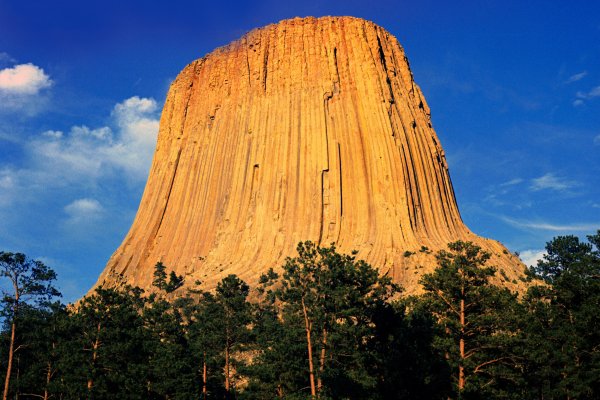 The Real History of the Law Behind President Trump's Executive Order on National Monuments
Next Up: Editor's Pick